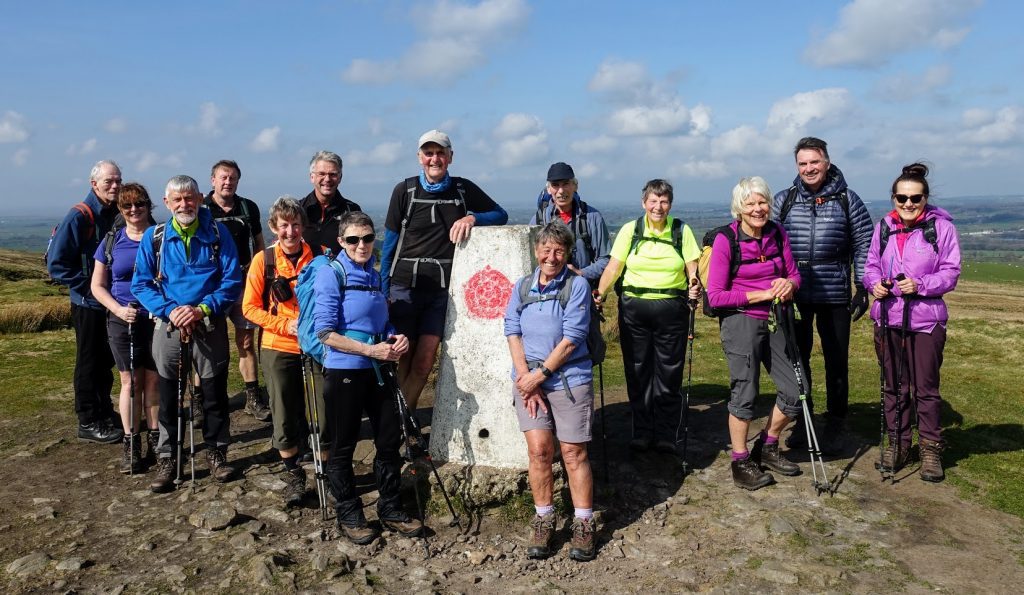 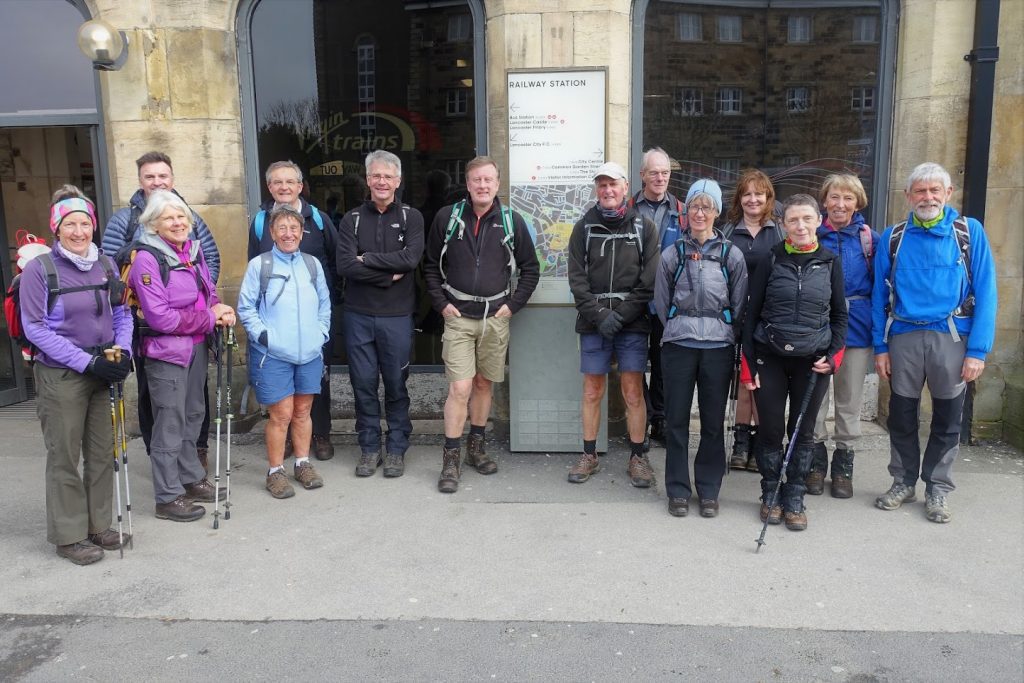 At the start of the Northern Loop at Lancaster railway station

The LDWA, was established in 1972 with the aim of furthering the interests of long distance walkers. Sport England recognises the LDWA, together with the Ramblers Association, as the governing body for “rambling” in England. It has over 40 groups across the country and organises many walks each week from Challenge events to short local walks. It is famous for its “Hundred” walks, which are held over the Spring Bank holiday weekend, and in which participants need to complete a course of 100 miles in 48 hours. More details can be found at the LDWA website – http://www.ldwa.org.uk

Why not join? Membership is currently just £13 – and I whole heartedly recommend it. 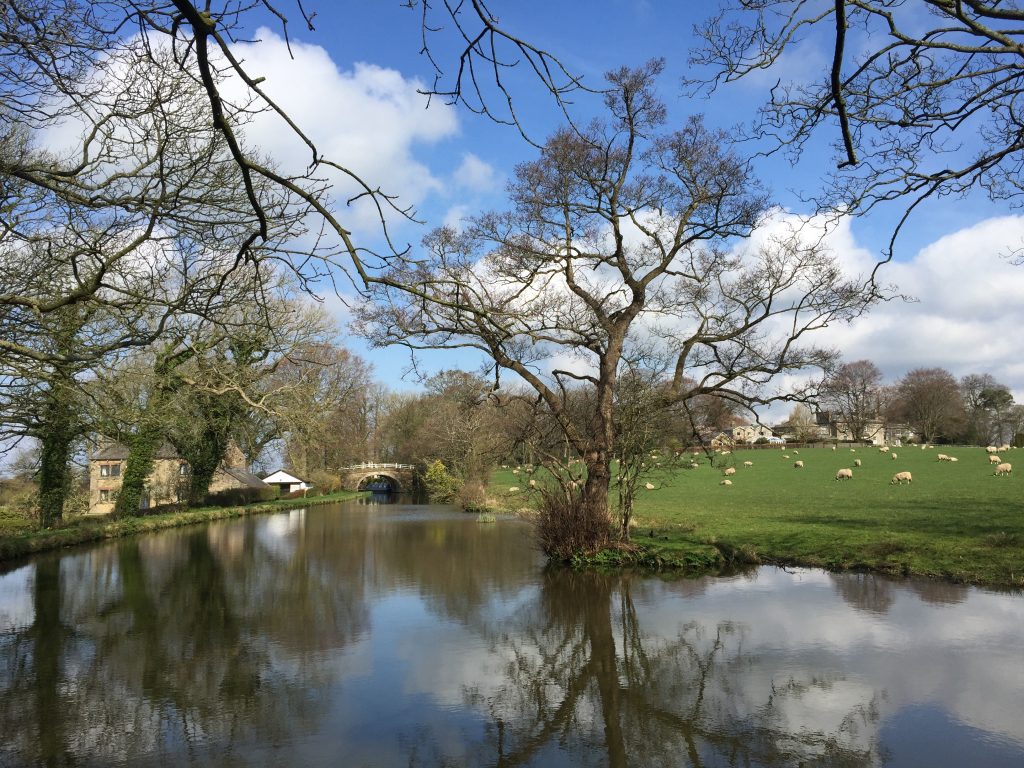 The beauty of the Lancaster canal in Spring

The Northern Loop has been walked over seven Thursdays in March to May 2018, taking 51 hours, and using a combination of  public transport, our own cars and three coaches to link the beginning and the end of the day’s walk. The seven days were

Day 1 – Lancaster to Galgate – Stages 29 and part of Stage 30. Including a 6 mile walk around the City of Lancaster, this was just 15 miles  and 998ft of ascent, with most of that being the climb up to the Ashton Memorial in Williamson Park. Highlight – the history of Lancaster and the viewpoint near Glasson.

Day 4 – Wray to Cowan Bridge – The end of Stage 33 and Stage 34 – 1,140ft of ascent. Highlight – St John The Baptist Church in the village of Tunstall – a little gem with its Bronte history and “fake of fortune” masterpiece.

Day 5 – Cowan Bridge to Kirby Lonsdale – Stages 35  – 16 miles – 1,890ft of ascent. Highlight – the views from Cragg Hill whilst eating lunch and watching the storm clouds over the Howgills whilst we were in sunshine! 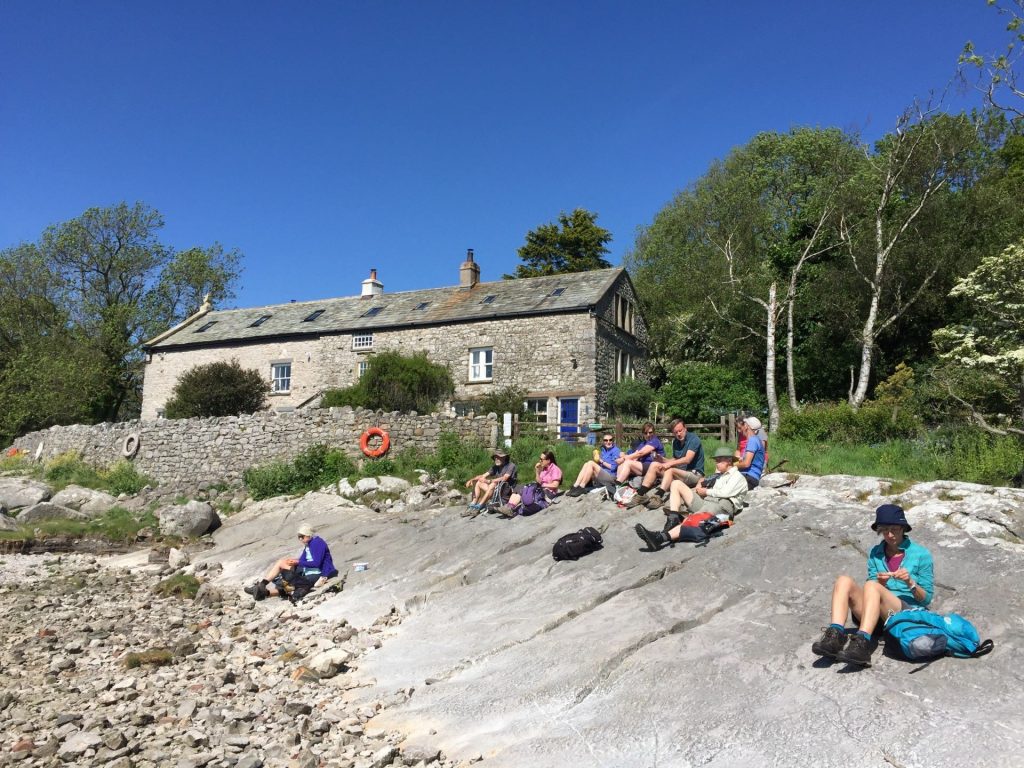 A break near Jenny Brown’s Point in beautiful sunshine

I would like in particular to thank Brian Fisher for taking hundreds of great photographs on the seven days. If you follow the link at the bottom of this page you will see links to these and get such a great impression of what it is like to walk the Northern Loop of the Lancashire Way.

Brian probably covered twice the distance that the rest of us did in taking these photos – all good training for his participation in this year’s Hadrian 100, when he will be completing 100 miles across the northern Pennines in 48 hours and in Brian’s case probably much less. 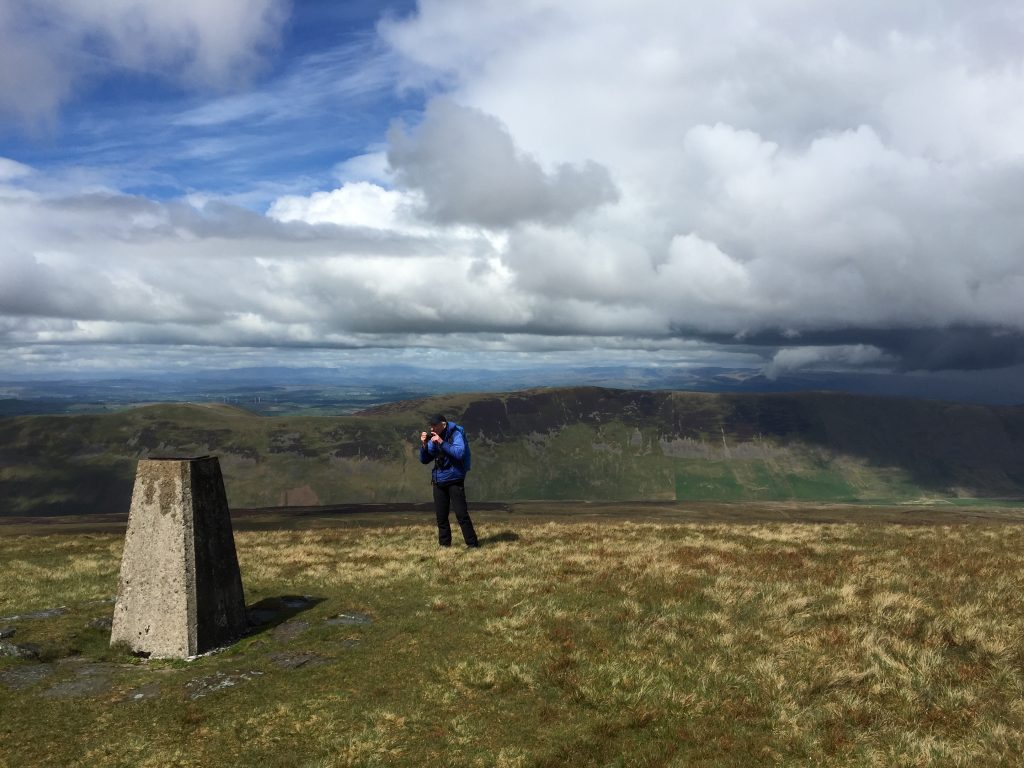 The Beauty of Morecambe Bay
Next
Walking the Lancashire Way 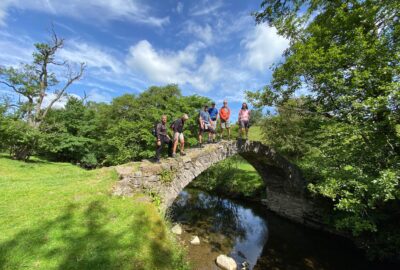