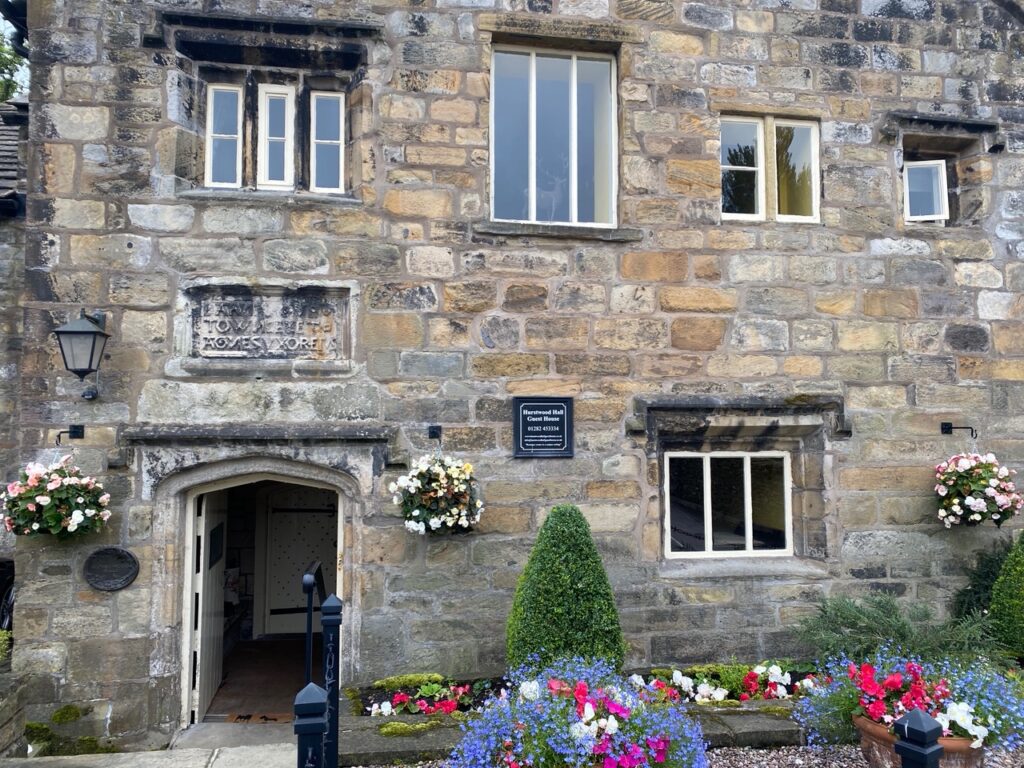 A short moorland Stage with a hard initial climb and then another shorter but hard climb before descending down into the pretty village of Hurstwood with its reservoir.

Map of Stage 49 – Unfortunately OS maps of the Eastern Loop are not provided. However, if you e mail lancashireway@aol.com and a full GPX file of the Eastern Loop will be sent to you and this can be down loaded on to OS maps at www.osmaps.ordnancesurvey.co.uk. As an alternative you can view the interactive Map of the Stage below and/or download the GPX file for this Stage only by following the instructions below.

It is a steep climb up to the top of Extwistle Moor from the Thursden valley.

Turn left and head uphill in a SE direction. Pass over the cattlegrid and then look for the stile on the right hand side of the road with a PBW marker post. 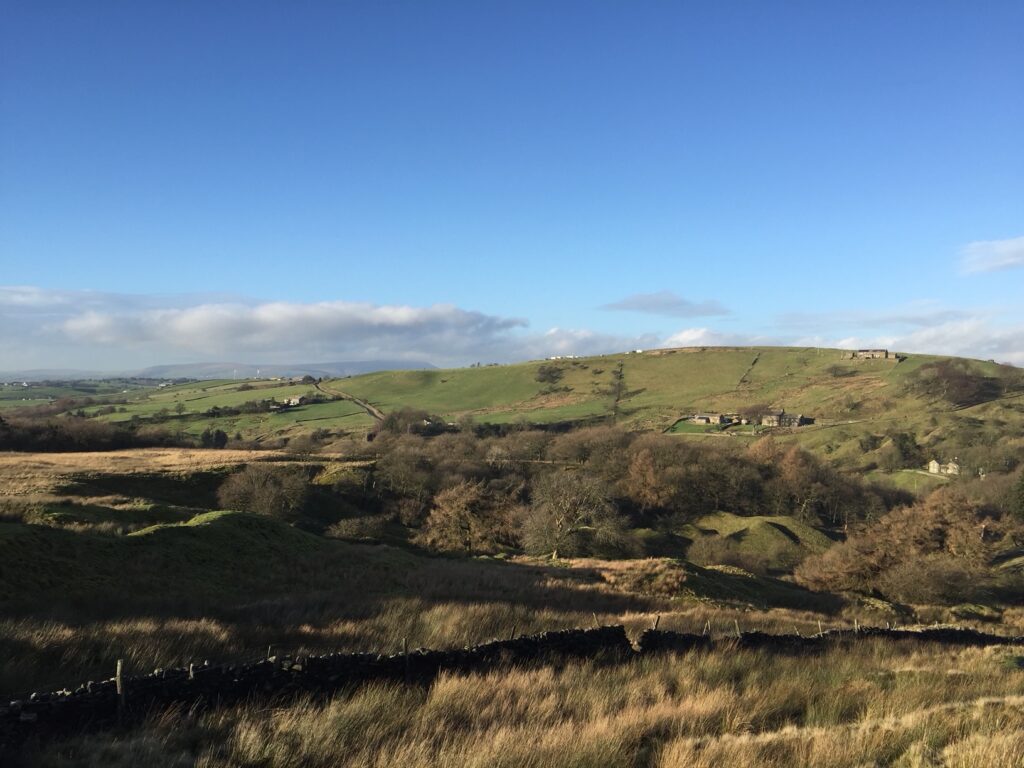 Looking back into the Thursden valley

Follow the PBW up the steep hill, which then zig zags to the top. Pass through a gate and then follow the boundary fence on your left in a southerly direction for about 250m until you come to a finger sign post. 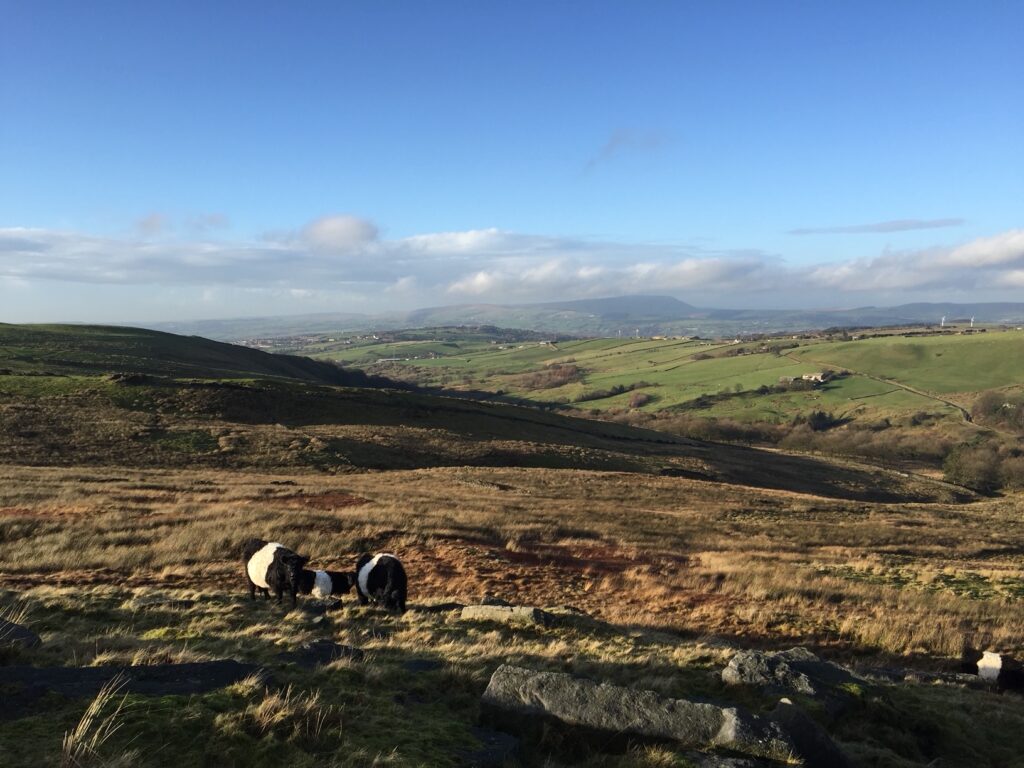 At this point my original route turned left and went across the Moor back to the road and then followed Burnley Way into Hurstwood. This is the prettier route taking in the Widdop Reservoir and then the Gorple Stones. However, the initial path is not great and it does take us over into Yorkshire and back. If you have time and the weather is good please do take this detour. It will add about 3-4 miles to the Stage.

The actual route from the finger marker post at the top of Extwistle Moor follows the PBW. Initially turn right at the finger post and follow the good track down to Swinden Water – make sure you turn off left before this as carrying straight on takes you down to the Swinden reservoirs. Continue up the other side of the valley and then along Ben Edge until you come a T junction with a main track – the Gorple “Road”. Turn right and after 200m turn left off the track you were on and head towards the Hurstwood Reservoir ahead.

Before you come to the reservoir then turn right off the PBW at a finger post sign. Go through the stile gate and follow a lesser path to a footbridge – we are now briefly on the Burnley Way. Cross the footbridge and follow the path to a stile straight ahead which takes you into some woods at the start of the reservoir on its western side. Ignore the path on your right, which the Burnley way follows. 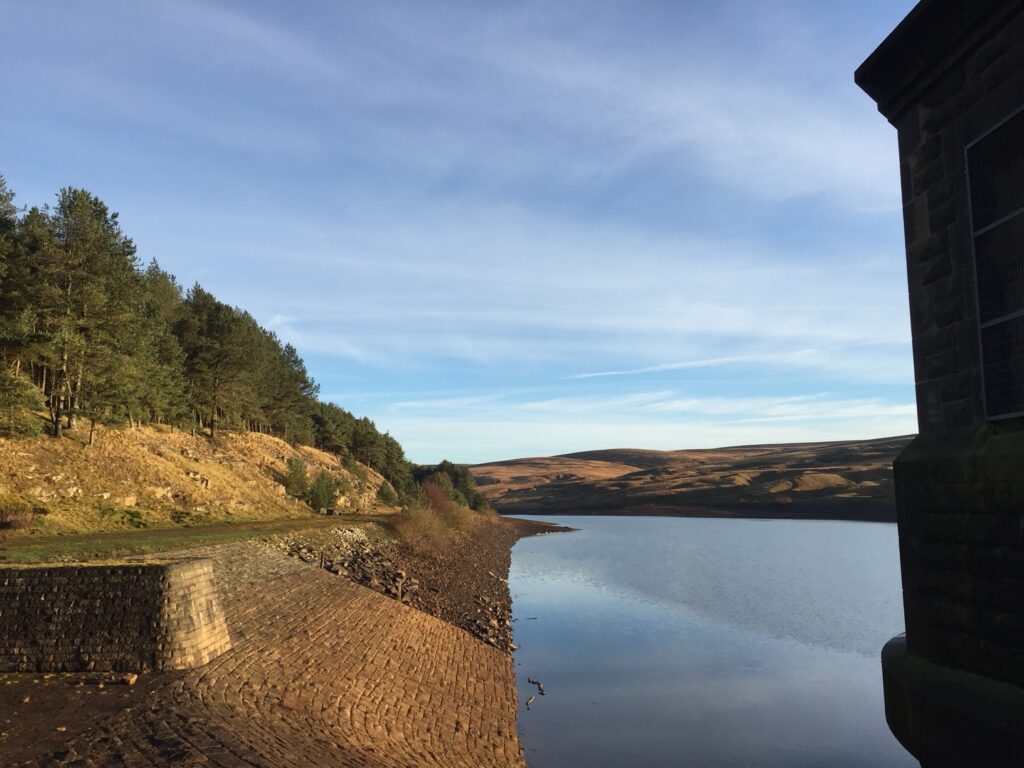 Please look across the reservoir to the land on the other side, which consists of a wonderful landscape (hushings), which will be explained on the next Stage. 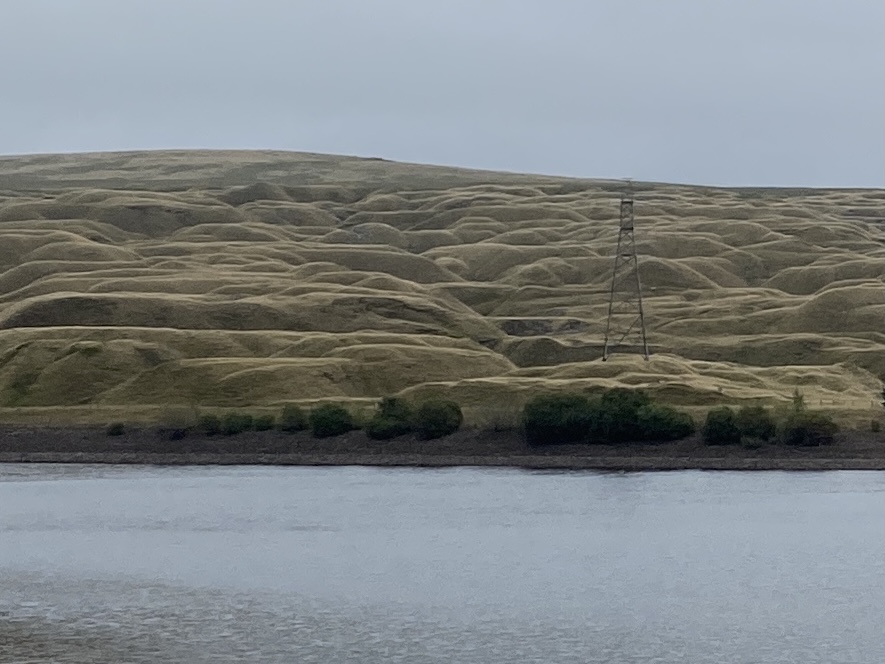 Hushings on the opposite side of the Hurstwood Reservoir

At the beginning of the dam, with its overflow channel, carry straight on through the woods and exit onto a footpath – the Burnley Way again. Follow the path and then a track down into the village of Hurstwood.

The Stage ends just past the church on the right, when we join the main road at an old red telephone box. 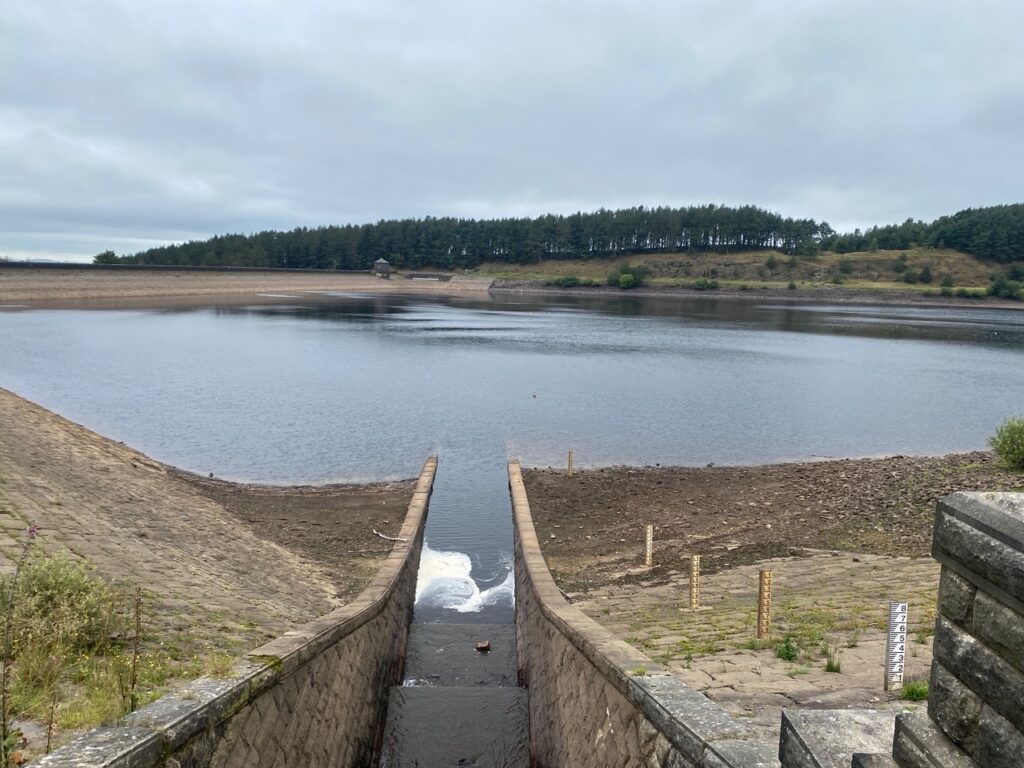 The Hurstwood Reservoir actually at the begining of Stage 50

Opposite on your left is Hurstwood Hall, which is a B&B and I would highly recommend as a place to stay at the end of this stage. It only has three rooms so do book well in advance. There is no public transport but it is a good car pick up point with a car park or can be easily accessed by taxi, as you are only about 2 miles away from Burnley to the west, with accommodation.

Please make sure that you find Spenser House just beyond Hurstwood Hall, down the track rather than along the main road which turns right here. It is believed that Edmund Spenser lived here, the author of the Faerie Queen in 1560.

The Faerie Queene is an English epic poem by Edmund Spenser. Books I–III were first published in 1590, then republished in 1596 together with books IV–VI. The Faerie Queene is notable for its form: it is one of the longest poems in the English language; it is also the work in which Spenser invented the verse form known as the Spenserian Stanza. On a literal level, the poem follows several knights as a means to examine different virtues, and though the text is primarily an allegoric work, it can be read on several levels of allegory, including as praise (or, later, criticism) of Queen Elizabeth I. In Spenser’s “Letter of the Authors”, he states that the entire epic poem is “cloudily enwrapped in Allegorical devices”, and that the aim of publishing The Faerie Queene was to “fashion a gentleman or noble person in virtuous and gentle discipline”.

Spenser presented the first three books of The Faerie Queene to Elizabeth I in 1589, probably sponsored by Sir Walter Raleigh. The poem was a clear effort to gain court favour, and as a reward Elizabeth granted Spenser a pension for life amounting to £50 a year, though there is no further evidence that Elizabeth I ever read any of the poem. This royal patronage elevated the poem to a level of success that made it Spenser’s defining work.