The original plan had been to walk to Thursden, a further 3 miles on. But it was a hot day, there had been a considerable ascent and when I got to to Hurstwood at just after 4pm I was quite tired but I was still determined to push on to complete my original schedule of 25.5 miles. However, as I could give no specific address to the taxi company I took this as a sign and an excuse to shorten the day. So I was picked up from Hurstwood Hall B&B and taken to my hotel in Burnley, which had been pre-booked.

This day was a tough one with the climb over Scout Moor and on to Top of Leach before descending into the village of Whitworth. This was the most south easterly point of the whole walk. There is an excellent sandwich shop on the route as we cross the A56 in Whitworth, where you can pick up lunch and other provisions. There is then another climb out of the valley to the summit of Brown Wardle Hill followed by a walk along the ridge, which marks the eastern edge of the valley and also the border with Great Manchester and then Yorkshire to the east. Indeed we roughly follow the border with Yorkshire for almost 30 miles north until we reach Earby in the very north of the county. The third part of the day involves the crossing of the Cliviger Gorge with its steep descent and ascent, followed by a pleasant walk on to Hurstwood. 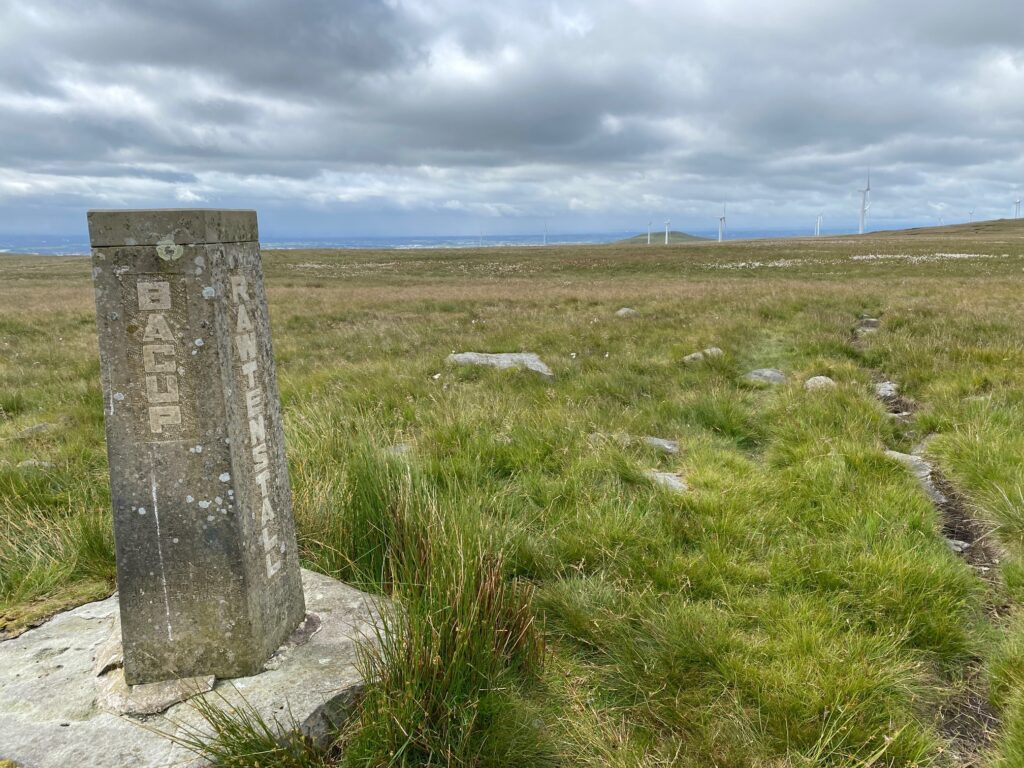 First photo of the day is the summit of Top of Leach, which at 474m is the highest point in Rossendale 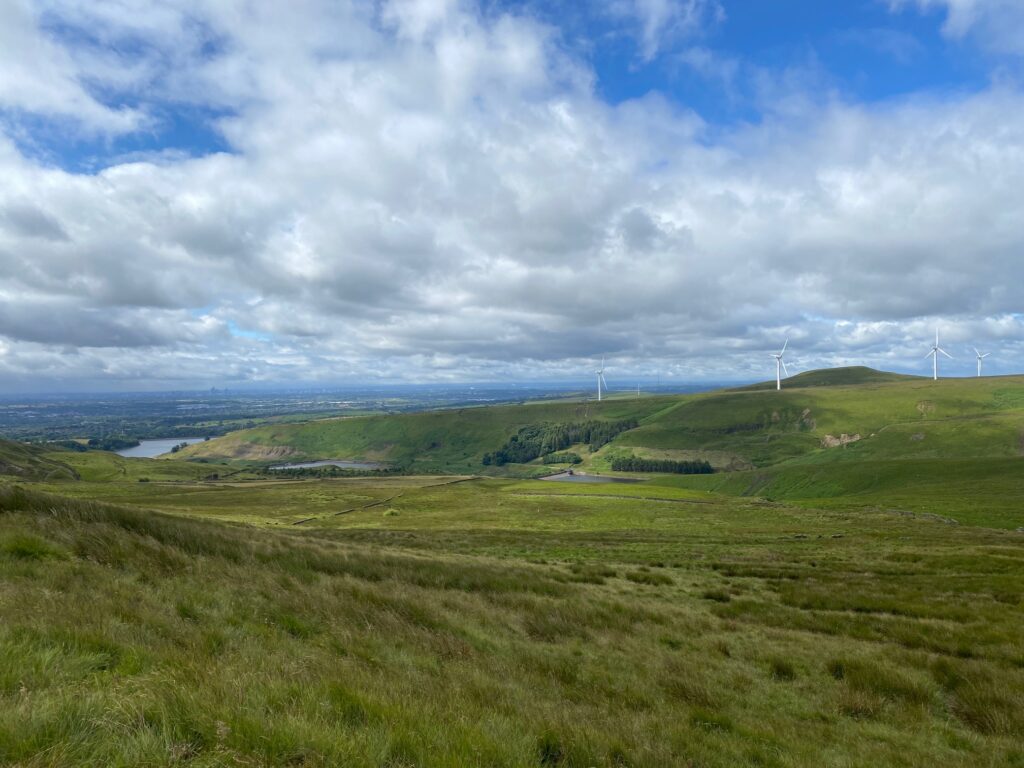 Looking back to Scout Moor from Rooley Moor 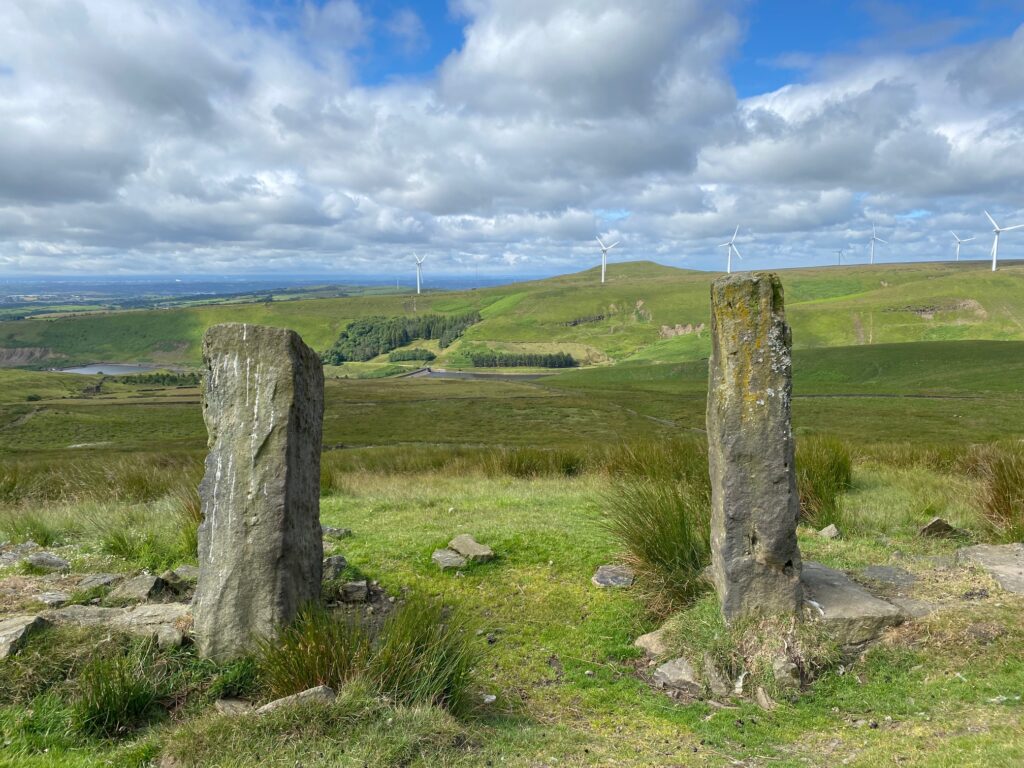 Looking down from the Pennine Bridleway to the valley occupied by the Naden and Greenbooth Reservoirs on the outskirts of Rochdale. 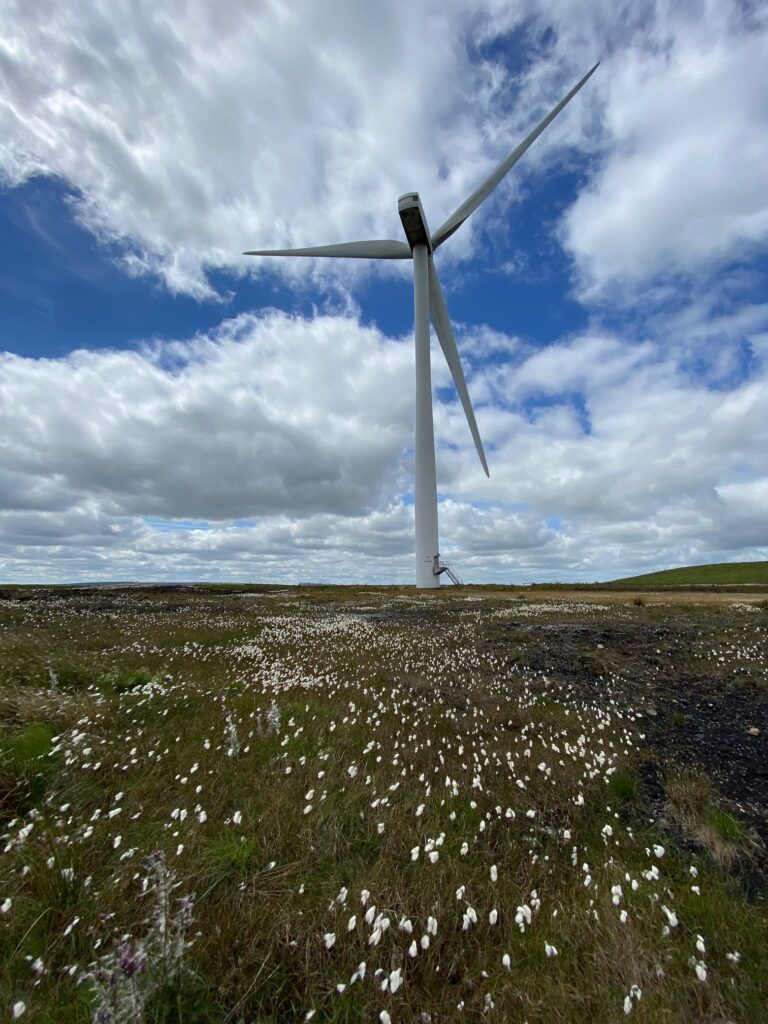 Heading north just beyond Trough Edge having reached the most south easterly point of Lancashire just before, the village of Whitworth. 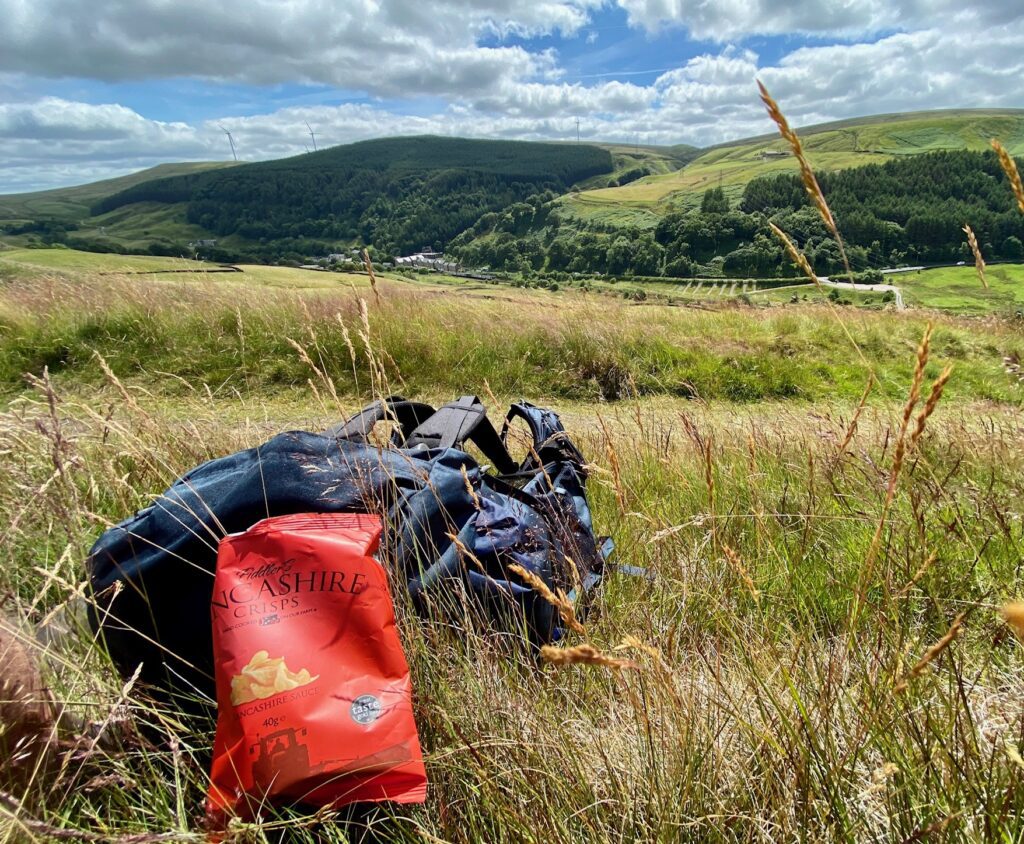 The climb out of the Cliviger Gorge and taking on some calories in the form of crisps – Fiddlers made in Lancashire of course!