I explained on Day 7, that I had decided not to walk Stage 35 at the beginning of Day 8. This big Stage of 17 miles including the climb up to Gragareth and beyond would have been too much. The day should have been 29.5 miles in total and have ended in Over Kellett. This was too ambitious! So from Kirby Lonsdale I set out directly south on Stage 36 along the River Lune to Gressingham and then on to Over Kellett. As I had missed such a large part at the beginning of the day I was able to push on to Tewitfield reducing day 9 down from 26 to 22.5 miles.

With the above changes the day was really pleasant, sunny and warm, and only 16 miles in length. I was finished by 4pm and had a well deserved drink at the Longlands Inn, whilst waiting to be picked up and taken back to the Sun Inn, in Kirkby Lonsdale, for the second night. It was the weekend so I felt that some company, a good inn and available transport was in order!

NB. The village stores/post office in Over Kellet is now closed but there is a pub, the Eagles Head, which is on the route. There is nothing else before this but obviously you can stock up on supplies in Kirkby Lonsdale at the beginning of the day. There is a good pub with extensive menu at Tewitfield called the Longlands. It is just behind the marina and also has good rooms. 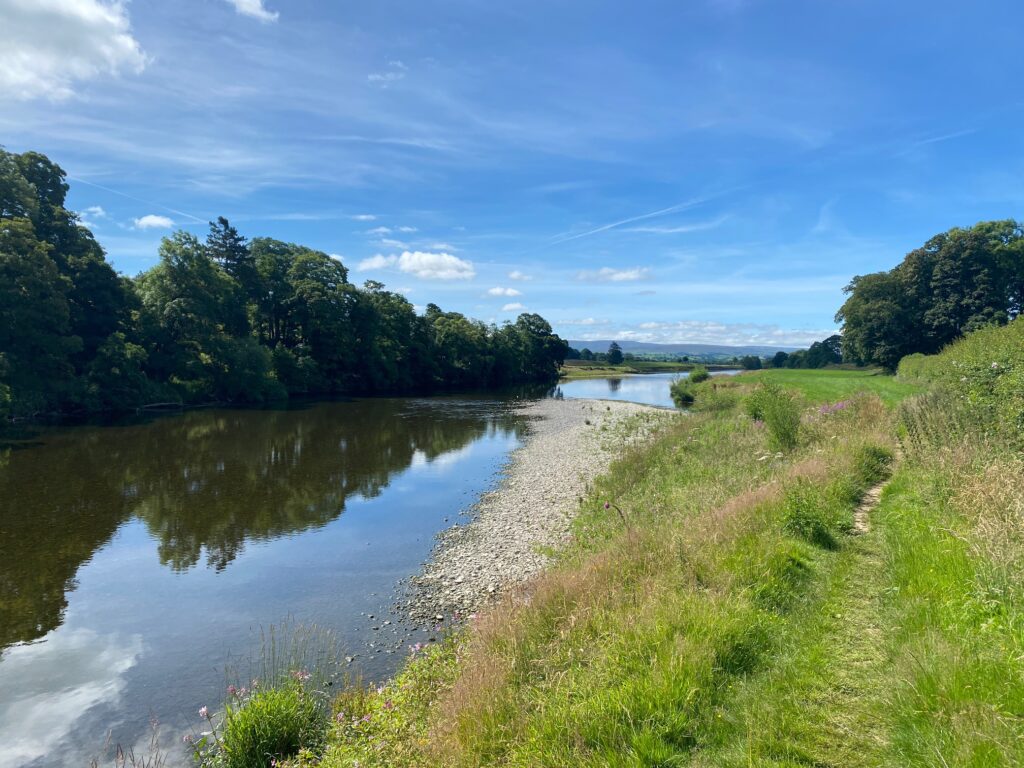 The River Lune, which we follow for almost seven miles on Stage 36 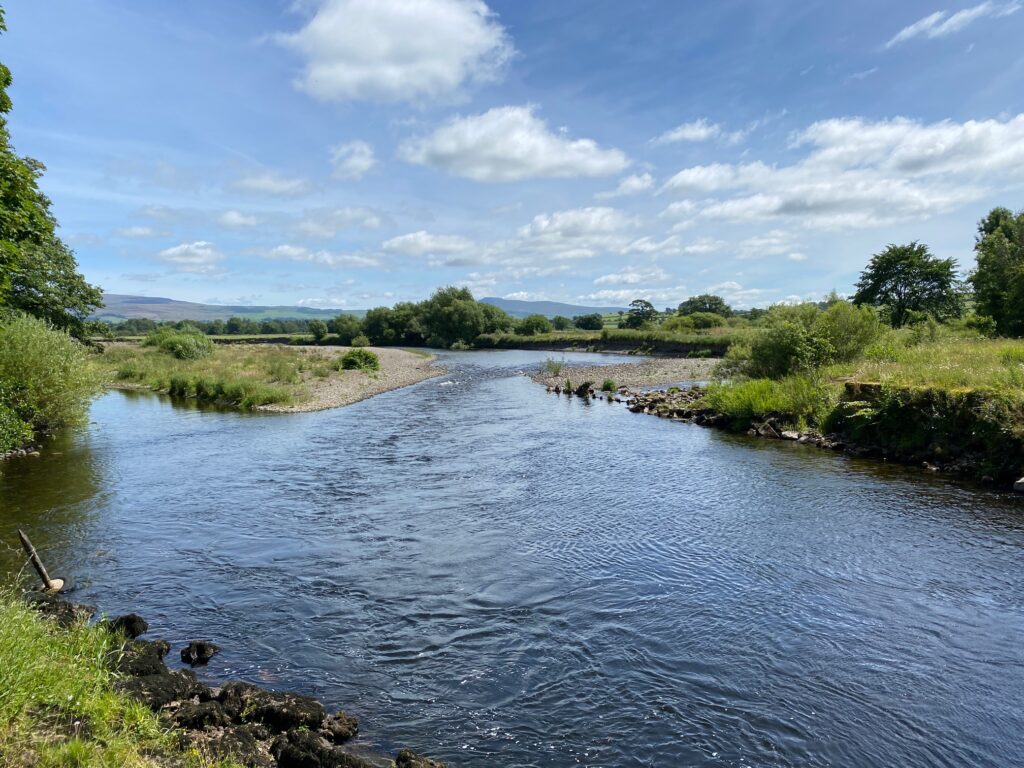 The River Lune again with Ingelborough and Gragareth in the distance 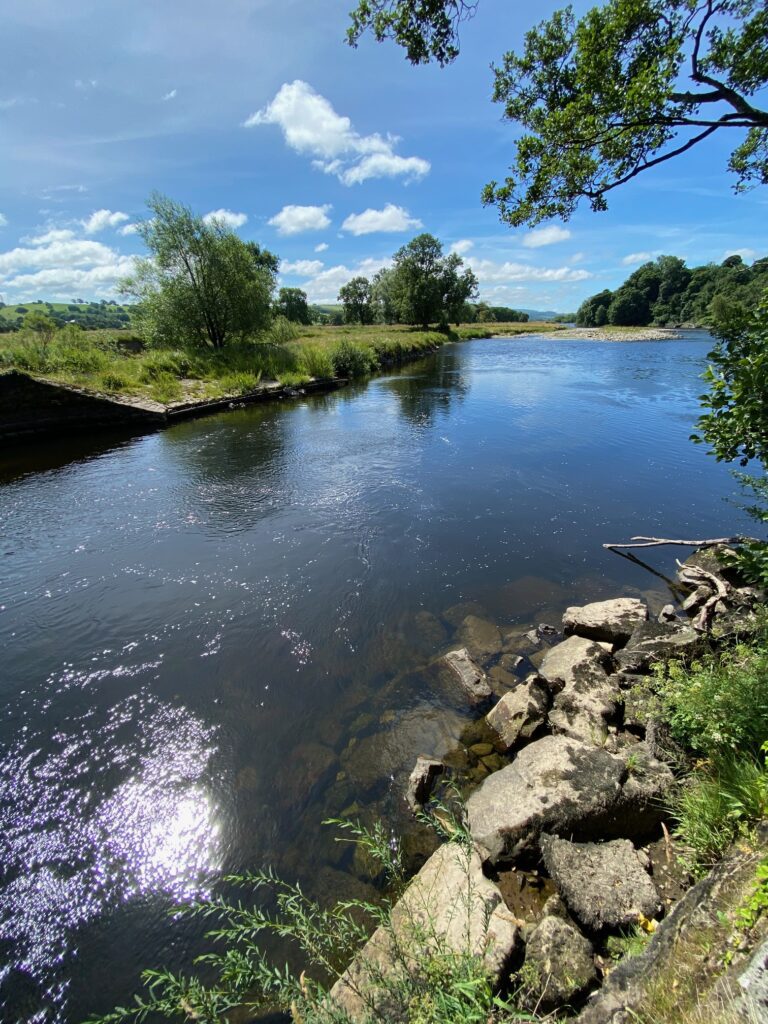 More of the Lune! 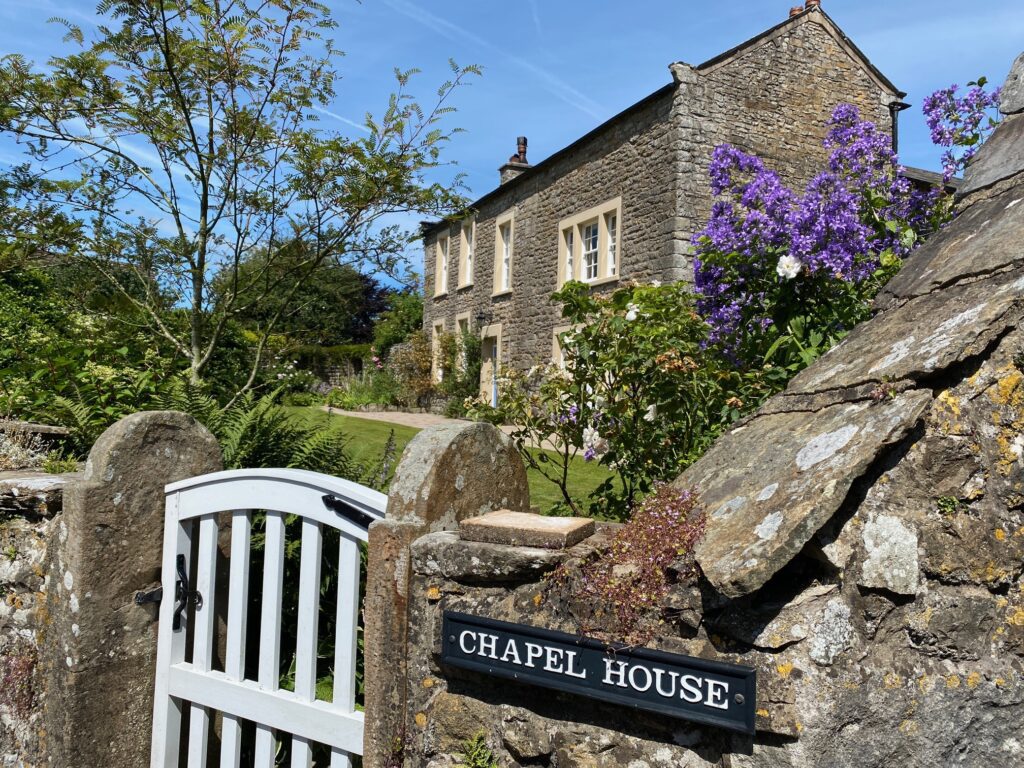 Chapel House in the village of Arkholme

The Lancaster Canal at Tewitfield with the marina in the distance. This marks the end of the navigable canal.