The silence of the moss, deep drainage ditches to protect from flooding and the views towards the hills in the next stage of the walk and the ever present Winter Hill – we will get there soon! Modern technology interrupts the silence, as we pass three large wind turbines.

A map of Stage 5 can be found below courtesy of Ordnance Survey maps. You can subscribe yourself using this link, https://osmaps.ordnancesurvey.co.uk, which will enable you to import the GPX file which can be downloaded below.

Before starting this leg of the walk ensure that you have fully explored the area around the Church – St Michaels including the Old School, which dates back to 1660 but much of the current building dates from a rebuild in 1827.

The Stage begins by crossing the single track “pack horse” bridge, which dates back to 1682 and is still used by traffic today to cross the River Yarrow. Bear left and join Carr Lane. 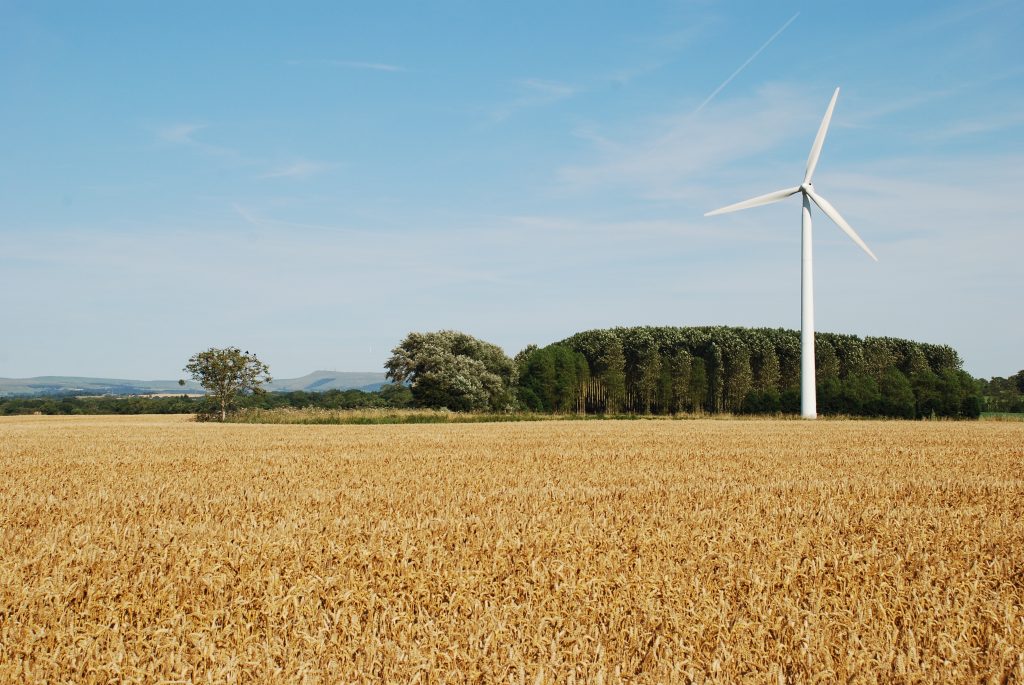 Mawdesley Moss – beautiful in all seasons

The walk then runs almost due south for about 2 miles. There is the odd dog leg and the tarmaced road becomes a stone track, then grass then stoned again but just keep going straight ahead until shortly after Moss House when the track bears left and then south again and eventually you reach Black Moor Road and the outskirts of the village of Mawdesley. 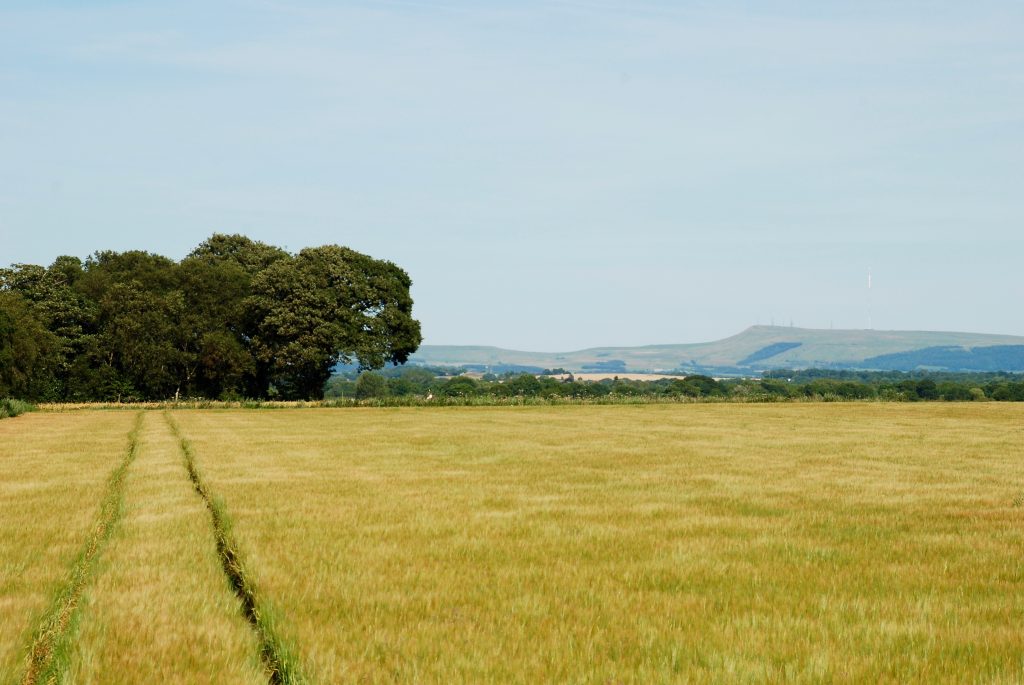 Winter Hill in the distance

Turn left until you reach the cross roads and the heart of the village. Turn left and follow the road through the village, which includes the Red Lion pub for sustenence and a Spar shop with a comprehensive range of provisions. Outside of the main village on the road is a War Memorial, which is built into an outcrop of Triassic (200 million years old) sandstone, probably the first real sighting of bedrock since we started in Preston, having trudged over the Ribble and Douglas flood plains, West Lancashire plain and Mosses for most of the day. Note the deep red colour and sedimentary layers, which are indicative of the desert deposits that these are. The siting of Mawdesley is undoubtedy based upon the presence of this rock, which produces a small outlier of higher ground away from the flooding of Mawdesley Moss and those beyond. Just after the Memorial you can see Mawdesley Hall, which is hidden up some small steps. These steps apparently date back to 1613. Unfortunately it is now a private house so you are restricted to view of the upper half of the house from the right side of the road. A Manor has been located on this site since 1250AD. The present house dates back to Tudor times and the central part of the house is a typical black and white timber framed building. To either side have been added wings, one in local sandstone and one in brick. Just beyond the hall is the Black Bull pub, unfortunately now closed, which dates back to 1580. 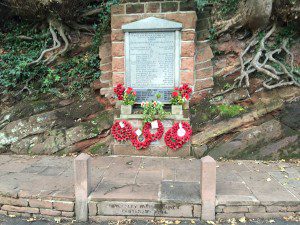 Accommodation options are similar to those of Croston i.e. the Rufford Arms Hotel on the A59 just outside Rufford or Parr Hall Farm B&B in Eccleston. Another option is the Red Lion at Newburgh, which is about 5 miles away. This is also an option for Stage 6.

If you want to walk Stage 5 in its entirety, then complete the stage and return to Carr Lane via Back House and the Wind Turbines – total distance 5.5 miles. There are more adventurous ways to return to Croston by starting Stage 6 and turning left at St Michael’s Church in Mawdesley onto Salt Pit Lane. Take the quiet roads and footpaths into Eccleston via Heskin Old Hall and return to Croston via the path along the north bank of the River Yarrow. The distance will be around 9 miles.