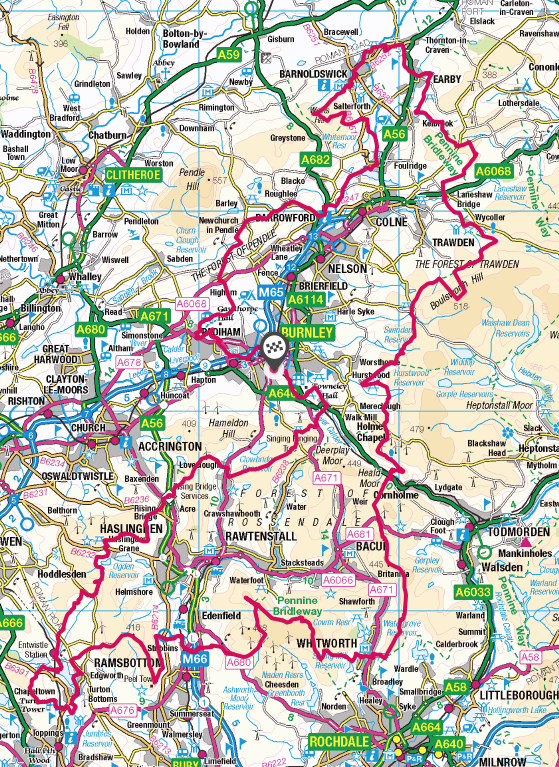 The Eastern Loop is the final leg of The Lancashire Way – a long distance walk of almost 400 miles covering the beautiful county of Lancashire. It has been created to ensure that the Lancashire Way is complete and misses no part of Lancashire, which is worthy of a walk. A summary of the walk can be found in the table below. It is 99 miles long, is divided into 18 individual stages, with the longest being just under 10 miles. This will hopefully enable you to organise any walk to suit your pace. The end of each stage are generally easily accessible places and sometimes with public transport allowing the walk to be done in a series of day walks. I will put together suggestions as to how this might achieved as soon as I can. The total ascent of the route is just over 14,000ft so it is actually the “biggest” of the four loops in that respect.

I also need to confess that the route is not entirely original. The Boroughs of Pendle and Rossendale have supported their own long distance walks in the form of the Pendle Way and the Rossendale Way. They keep these well established walks generally well maintained and signposted. So rather than re-invent the wheel, I used these but have deviated from time to time. Their routes are constrained to some extent by the limit of their boundaries. Also from time to time I feel there is a slightly better route. Of course, these two routes need joining and to some extent the Burnley Way helped in this respect. Finally, the route also uses parts of the Pennine Bridleway and the Bronte Way.

It differs from the other Loops in that it is not covered by OS Maps, which are expensive. I suggest that you complete at least one of the other Loops – probably the Central or Northern Loops first and if you feel that the Eastern Loop is for you then e mail me at lancashireway@aol.com and I will send a GPX file to cover the full 90 plus miles. You may need a device to read this or as I would recommend subscribe to OS maps – https://osmaps.ordnancesurvey.co.uk. It cost around £20 a year and with this you will be able to view the route in absolute detail.

Alternatively, the route description, which will follow soon,  is reasonably comprehensive although not as much as the other three loops. About two thirds of the route uses the Pendle Way and Rossendale Way, both of which are both waymarked on the ground and on OS maps. The description of the route clearly highlights when we join and leave these paths such that between these points you can use your own published OS maps. When we leave these two routes I have tried to ensure that my route description is much more comprehensive and can be followed on the ground.

Finally, I am in the process of waymarking the route with the hopefully now familiar Lancashire Way boot sign but these can never be absolutely comprehensive and should be just used as confirmation that you are still on the right route.

So with that, on with the walk and good luck. 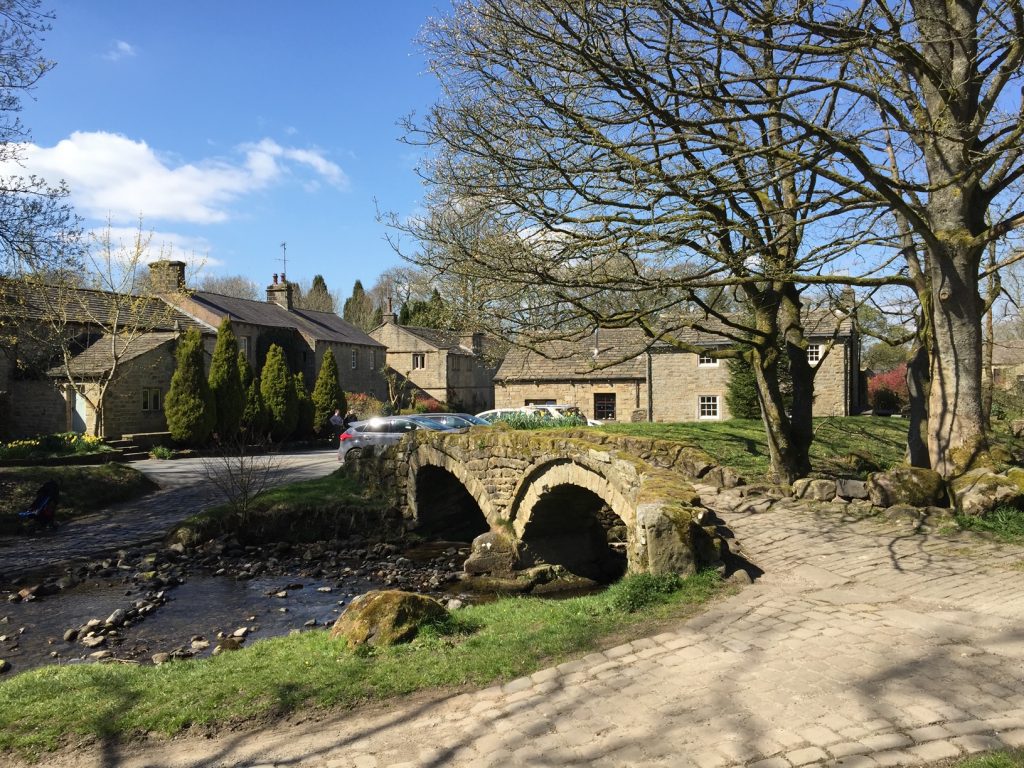 The beautiful village of Wycollar 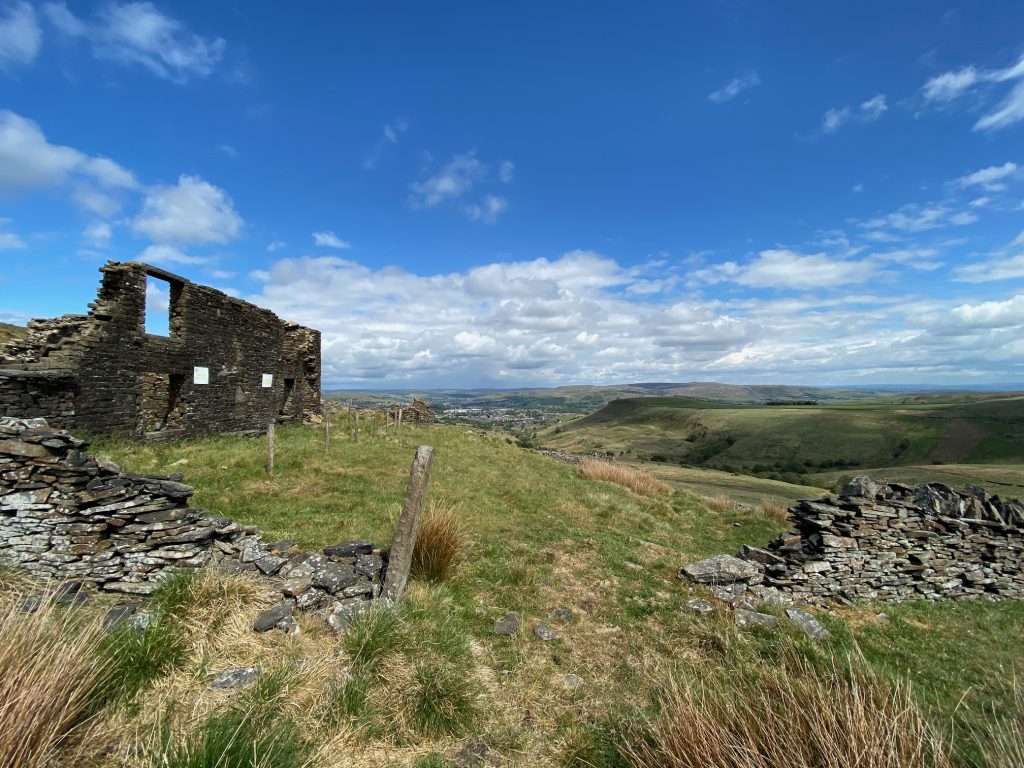