A hard day was in store with two big climbs over the Bowland Fells. In addition I had 3 miles of Stage 32 to complete. So it was inevitable that I would take the Alternative Stage 25, which is shorter by 4.5 miles and follows the Hodder valley to Chipping rather than climbing over the Southern Bowland Fells.

The first and only place for food and refreshments throughput this day is at the Puddleducks cafe in Dunsop Bridge. So you may want to have a packed lunch prepared for you to take for the day.

I stayed at the Derby Arms, which is between Chipping and Longridge. It is about 3 miles from Chipping so I needed a lift. 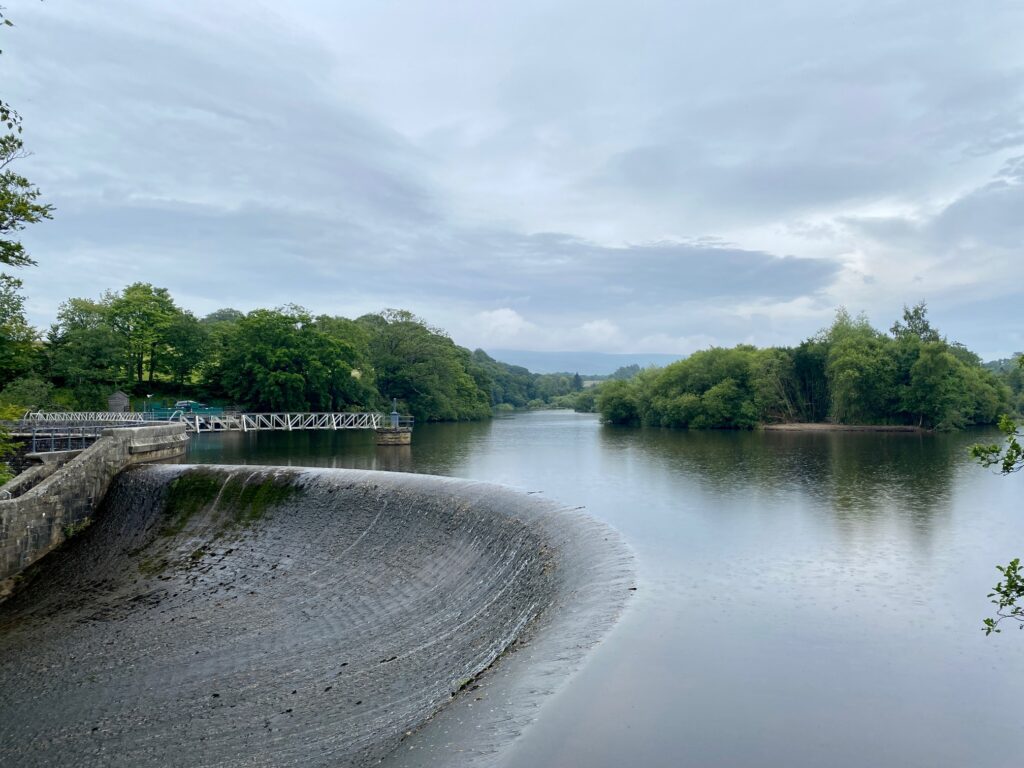 The Abbeystead reservoir and weir on a grey and cloudy day 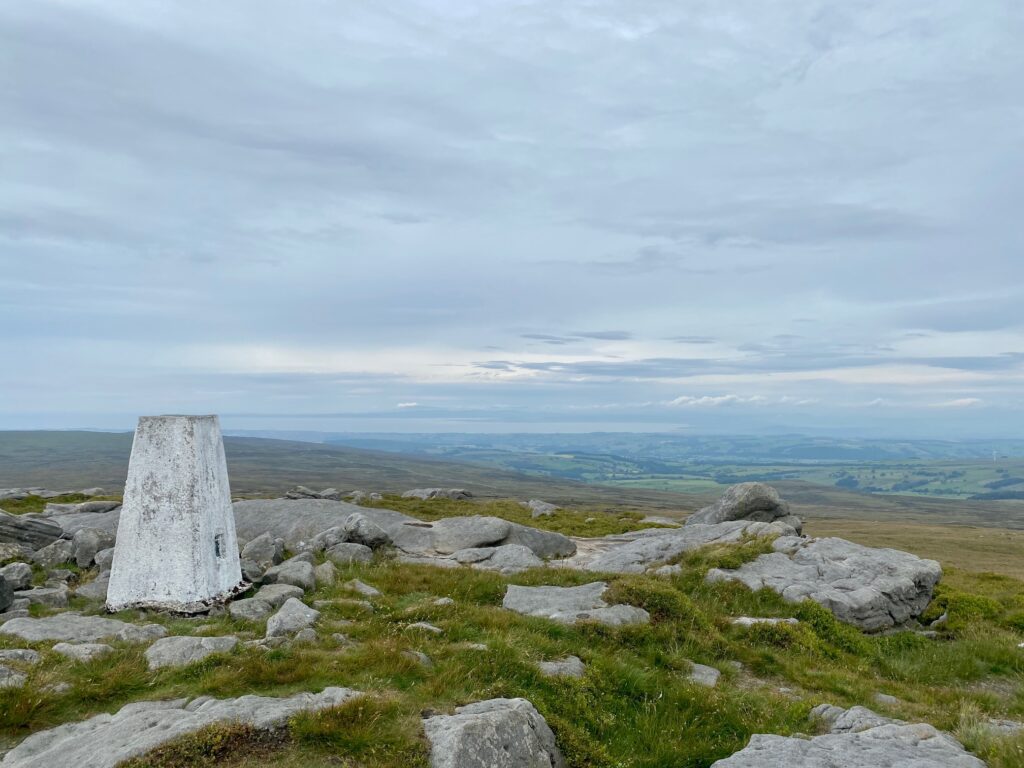 The summit of Ward’s Stone – the second highest in Lancashire. Not the best views today but you can just make out Morecambe Bay! 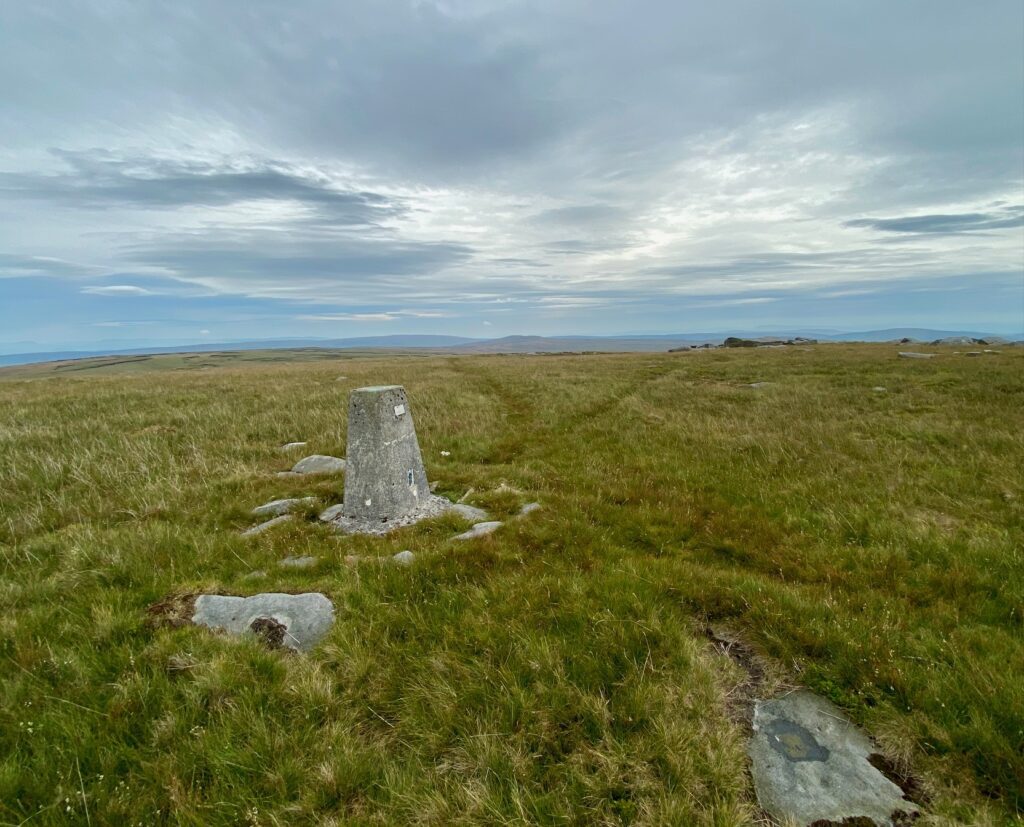 The second trig point on Ward’s Stone looking on to Wolfhole Crag our next stop. 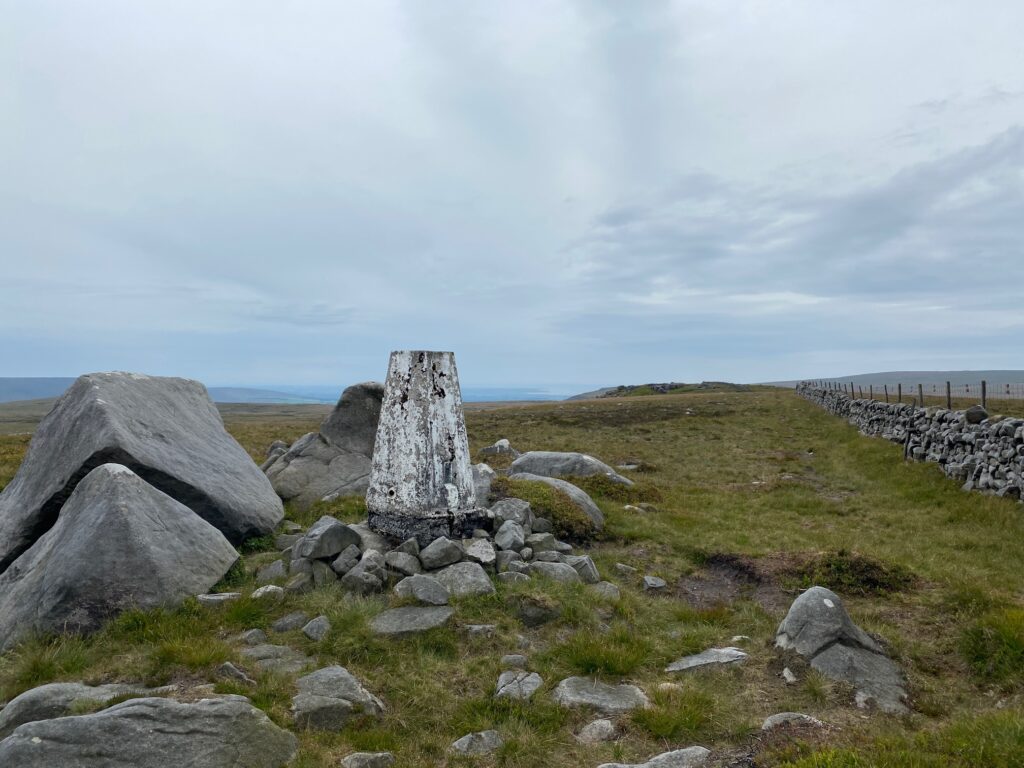 The trig point on Wolfhole Crag which at 427m is the fifth highest in Lancashire. 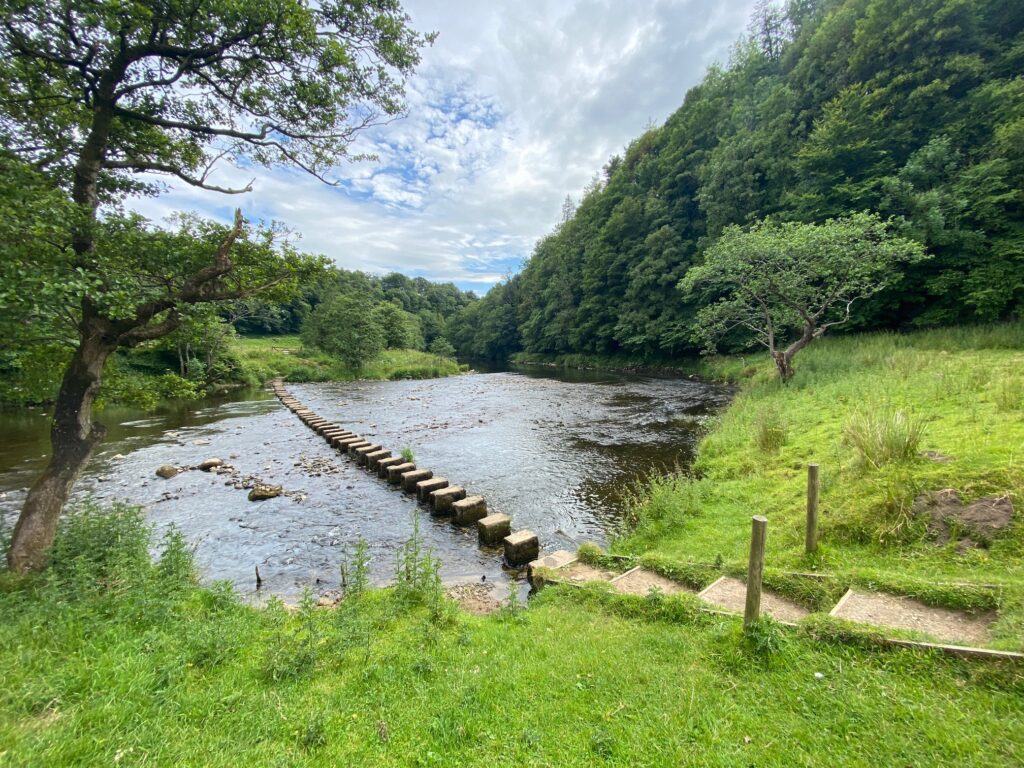 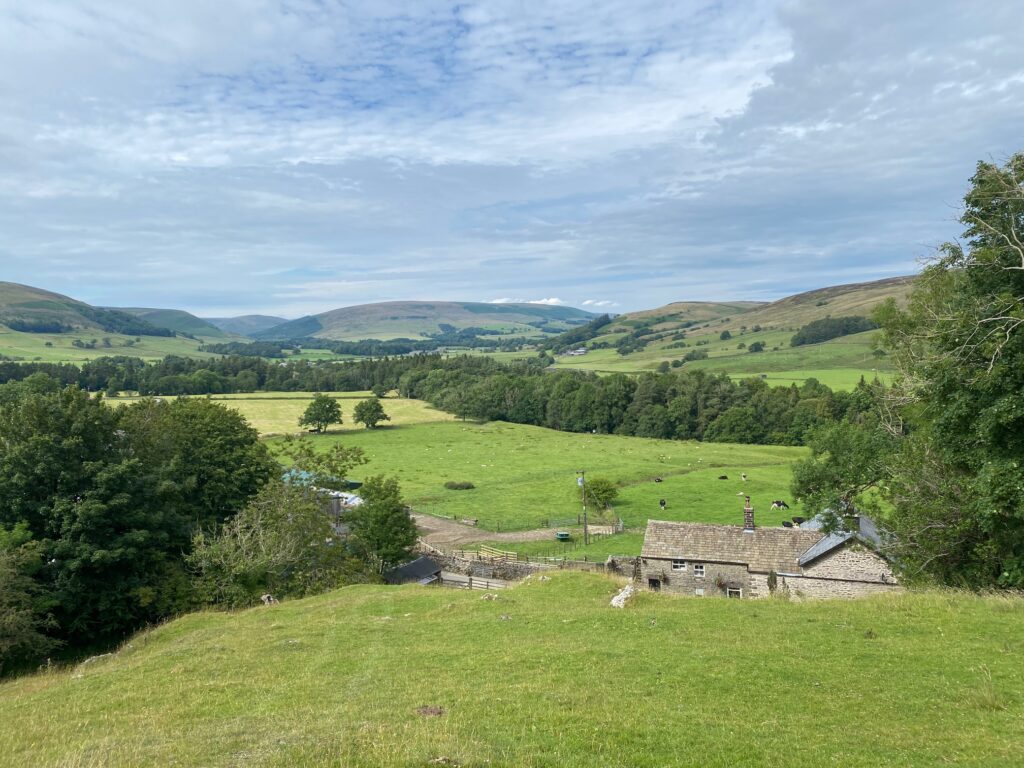 The view back up the Hodder valley from New Laund Hill.