Stages 29 and 30 – Begin Stage 29 in Lancaster and complete the whole of Stage 29 to Glasson Dock – just over 6 miles. Then start Stage 30 and follow to the junction of the Lancaster Canal and the Glasson branch near to Galgate (GR 482 545) – 3 miles. Then rather than head south along the Lancaster Canal head north and follow it all the way back into Lancaster. The return to Lancaster is 5 miles long making the walk a total of 14 miles and takes in pretty countryside and some impressive cuttings as the canal makes its way through glacial deposits know as drumlins. Hopefully you will also have time to explore Lancaster – see the suggested walk in Stage 29.

Stages 31 and 32 – There are three options depending upon the amount of distance you wish to cover. 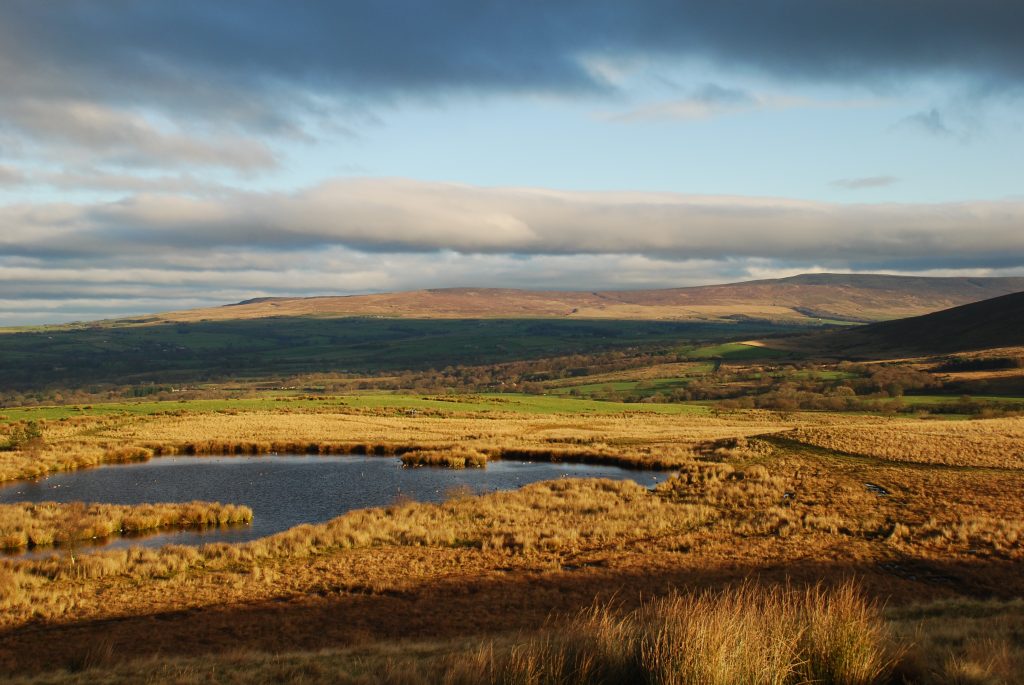 If you want to complete both stages at once, which is 10 miles long, you should start the return to Scorton via the road that heads south out of Abbeystead by the car park next to the river. At the top of the hill at the junction turn right and follow this road back in the direction of Street. Whilst it is road walking there are great views of the Bowland fells especially Hawthornthwaite and Grizedale Fells, which rise impressively on your left. There is also little traffic and I did consider routing the actual Way via this road. On your descent towards Street you have two options. Return to the River Wyre at Street and then follow the Wyre Way back to the start in Scorton. Alternatively where you turn off this road towards Street (GR 527 517) bear left instead and follow what becomes Long Lane and then pick up the cycle lane which goes past Wyresdale Park and back on to Snowhill Lane. The route back is just over 7 miles or 8 miles via the Wyre Way – so a good days walk.

If you want a shorter walk- follow Stage 31 from Scorton to Street and then return via the Wyre Way.

Alternatively, begin in Street and complete Stage 31. Then walk Stage 32 into Abbeystead and return to Street via the moorland road described in the longer first option above.

Stage 33 – With this stage being 19 miles long it is impossible to complete most of it in the form of a circular walk. The best option is to walk with a friend and leave one car in Hornby and then travel in the second car to Abbeystead. Walk the stage and then return to Abbeystead to pick up the second car. 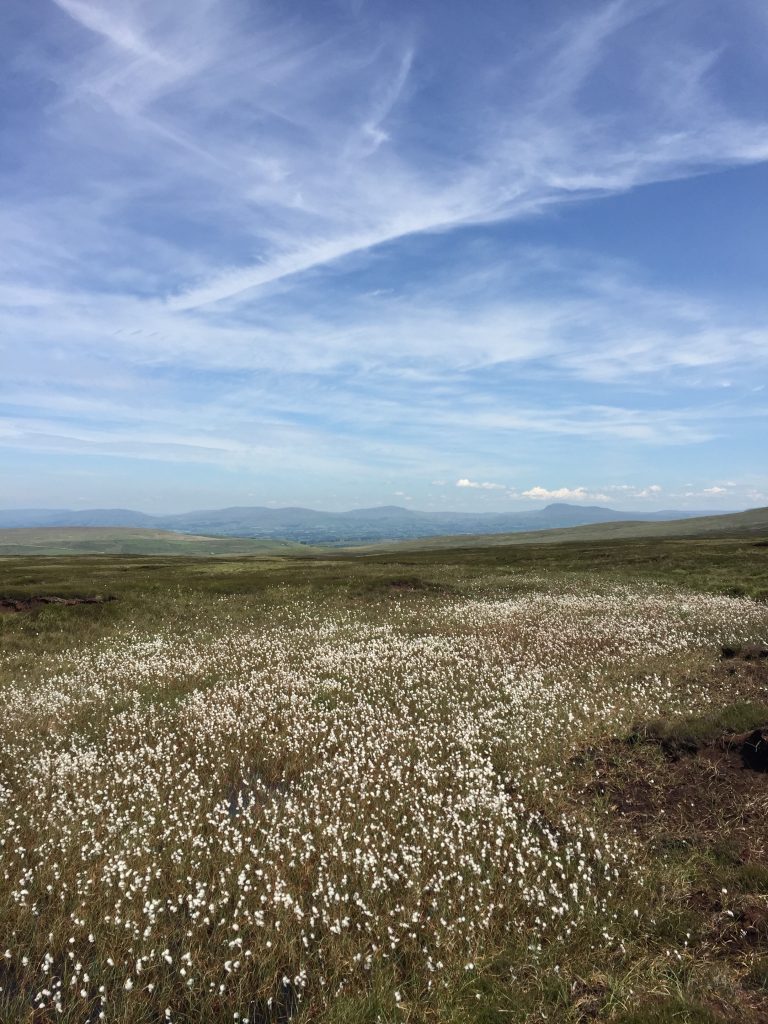 There are a couple of shorter alternatives. Start Stage 33 and climb up to Ward’s Stone. Descend to the moorland access road further along the ridge (GR 548 583) and then use this track to descend into the hamlet of Tarnbrook. From there follow the Wyre Way back into Abbeystead.

To cover the northern part of this Stage, walk from Hornby to Wray and then use the road or paths up the western side of the valley of Roeburndale to the farm of Higher Salter and then return to Hornby using the final part of Stage 33.

Stage 34 – Again many options. A lovely walk, and one that is not too far, is to start Stage 34 in Hornby and continue on in to the village of Wrayton. From here rather than turn left towards the A683, turn right and follow the very quiet lane all the way into Wennington. Just after the railway station turn right and head up the steep road before heading across country to Wray via the following locations on the OS Map – Overends, Coat Bank Coppice, Tatham Park Wood and Meal Bank. If you want to take in the village of Wray then I suggest you use the footpath from Meal bank Farm to the B6480 and then head into Wray via the River Hindburn. Then complete the end of Stage 33. The last section from Wennington to Wray is pretty and again almost became the actual route of the Lancashire Way. 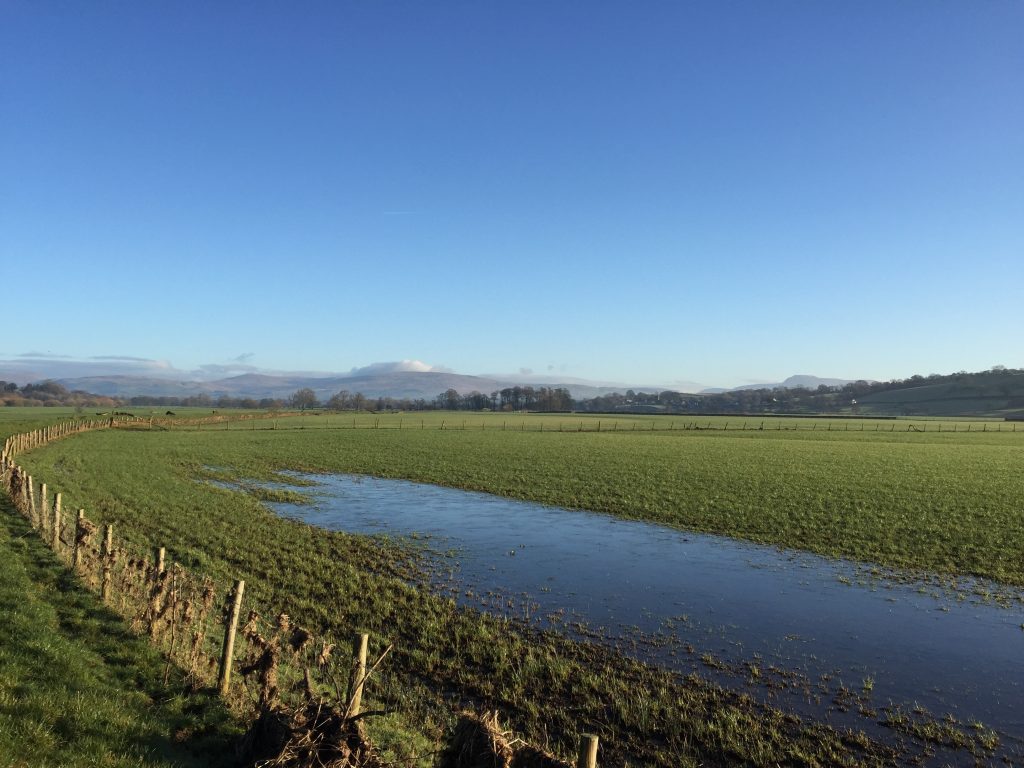 The long alternative is to complete Stage 34 in its entirety. Then head behind Hipping Hall Hotel and across the fields into Leck. Complete the final part of Stage 35 from Leck to Kirby Lonsdale. From Kirby Lonsdale complete the first six miles or so of Stage 36 to the Loyn Bridge. From here take the road back into Hornby. This is about 20 miles long. I have completed a slightly shorter route, which, rather than heading to the farm of Collingholme and then on to Hipping Hall and the A65, turned north at Cowdber Farm (GR 751 631), and followed the route of the roman road into Overtown and Leck Beck – the Bronte walk. From here you can pick up the end of Stage 35 as before. This will reduce the mileage by just over 2 miles. 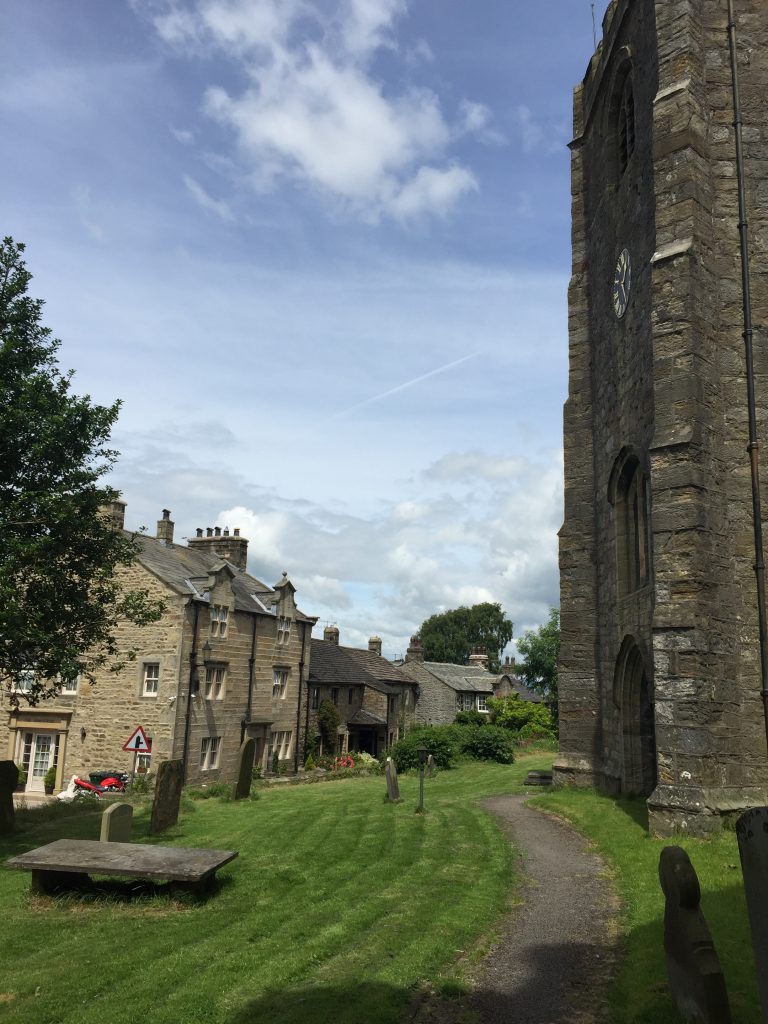 Stage 35 – this Stage is almost a circular walk in itself. You could begin and end in Kirby Lonsdale by completing the end of the Stage at the beginning of the day to get to Leck. Alternatively park at Cowan Bridge (there is a car park by the village hall). Head under the railway towards Leck and take the second lane on the right past the church and onto Todgill Farm, where you can join up with Stage 35. Finish Stage 35 early back in Cowan Bridge.

Stage 36 – See Stage 34 for one option. There is also a shorter option but I have not yet completed all of this. Just short of the Loyn Bridge head inland to the road near Storrs Hall. Then pick up Locka Lane and then across fields to Gunnerthwaite and then on to the continuation of Keer Holme Lane. Turn right to the caravan park at Docker Park. Use the footpaths to avoid the dog-leg in the road and then continue towards Newton. Turn off left for “Outfield” and then take the bridleway into Whittington. From here rejoin the Lune Ramble back into Kirby Lonsdale. Or you could exit Whittington via Hosticle Lane and then use footpaths via Sellet Hall and Sellet Mill to return into Kirby Lonsdale.

Stage 37 – There are not many options. The best I could achieve after completing this stage was to continue on to the begin Stage 38 to the road at Capernwray. Turn right and at the next junction near Capernwray Hall turn right again and return to Gressingham via the road past Lord’s Lot Wood. It is not ideal and you need to be wary on the roads.

Stage 38 – This is only a small stage and will generally be combined with other stages. The shortest option is to carry on to Yealand Conyers – see Stage 39. At the point where you turn right up towards Leighton Hall and its Park, carry straight on and then into Warton via Hyning Road. You can return to Capernwray via Pine Lake and the River Keer. You may which to start and finish in Capernwray or Borwick rather than Over Kellet.

Stage 39 and 40 – Again two relatively short stages. These two combine well and are just under 11 miles long. You can return to the start at Tewitfield from Warton by roads via the A6, Borwick Lane and Kellet Lane or with a diversion via Borwick. Or you could begin in Borwick! These roads are not ideal particularly the road from Warton to the A6. The alternative is to head back to Yealand Conyers and then return via the quiet lane and Tewitfield Farm.

Stage 38, 39 and 40 – A great walk of just over 14 miles plus another 3 miles or so back to Over Kellet. Again this final section is not great but again it is probably best to take the route via Pine Lake, the Keer River and then Kellet Lane back into Over Kellet.

Stage 41 – This stage is just over 8 miles so any circular walk is going to be around double this. 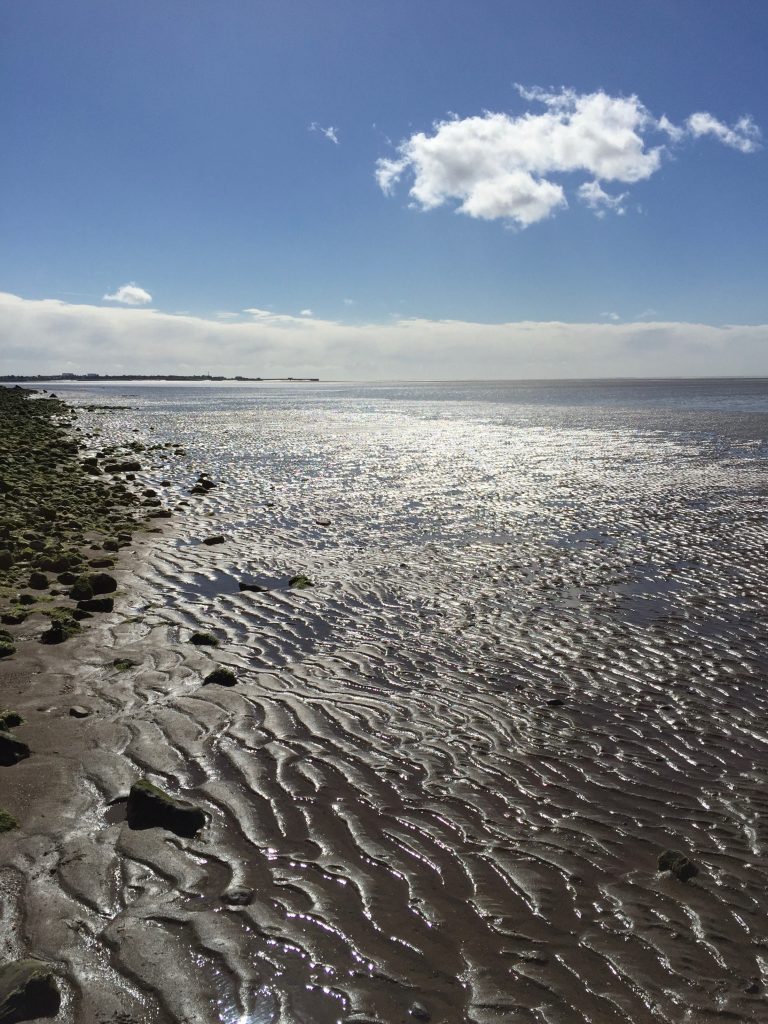 The most satisfactory option is to begin the stage in Carnforth and head down Warton Road and then pick up the Shore Road were you can join the Stage at the footbridge over the River Keer. Then walk the remainder of the stage to the Stone Jetty in Morecambe and then return back along the Promenade to Hest Bank. It is about 6 miles to the Stone Jetty and back from Hest Bank. Return to Carnforth via the Lancaster Canal, which is about 4 miles. So in total this will be about 15 miles. You could shorten the walk by only going as far as Hest Bank but this missesa the beautiful views of Morecambe and its Bay. 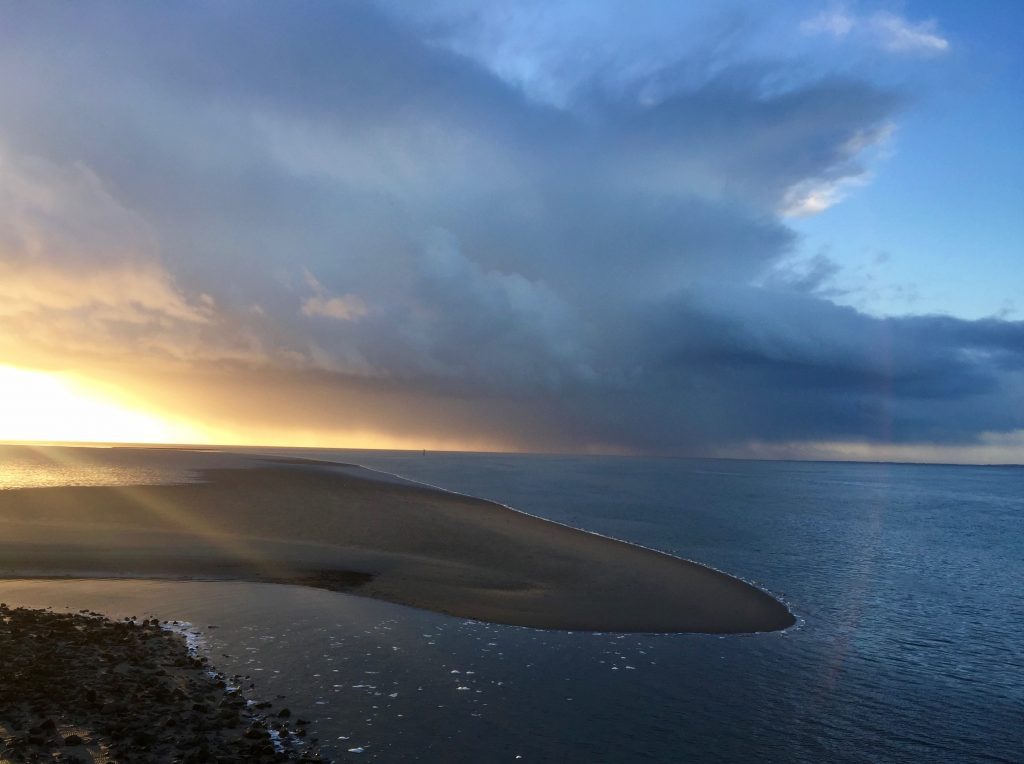 Stage 42 – This stage is not great but it can be made into a much better circular walk. I suggest completing the stage and then picking up the Lune Valley Ramble in Lancaster and head north along the river to the famous Lune Aqueduct, which carries the canal over the river. Follow the canal to Hest Bank and then return to Morecambe via the Lancashire Coastal Way. Also consider incorporating the suggested walk around the centre of Lancaster – see Stage 29.