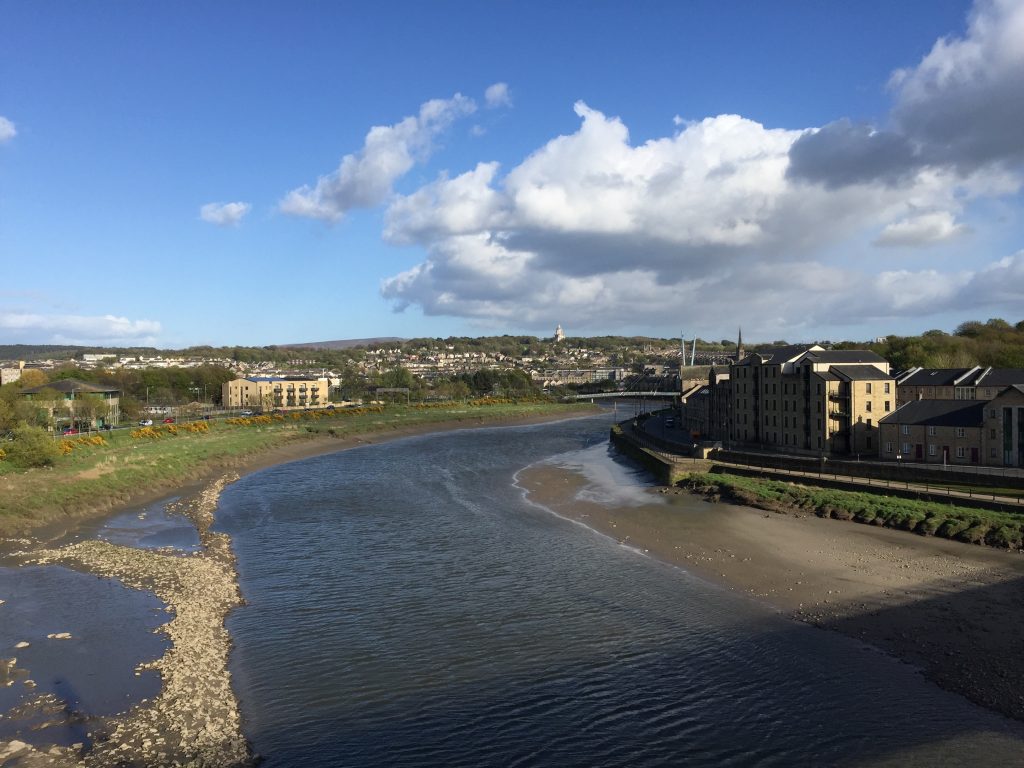 Apologies – not the best end to almost 300 miles of walking, but it is a short stage. And we had to visit Morecambe, with its great views across the Bay named after it, and there is no easier or better way back to Lancaster. I could have started and ended the Northern Loop in many other places such that this short stretch was lost in amongst some better stages – but it would have been wrong to not choose Lancaster. Hopefully you will have lots of great memories of so many better parts of Lancashire and will have time to explore the great city of Lancaster.

A map of Stage 42 can be found below courtesy of Ordnance Survey maps. You can subscribe yourself using this link, https://osmaps.ordnancesurvey.co.uk, which will enable you to import the GPX file which can be downloaded below.

From the end of the Stone Jetty, retrace your steps back to the main road in front of the Midland Hotel. Cross the road and if you have time visit the Tourist Information Centre, which is housed in the old Railway Station building opposite. The building is also a venue for live music and exhibitions called “The Platform”.

Turn left out of The Platform and continue SW on the Main road to the large roundabout. Take the first exit onto Central Drive. At the first roundabout turn right into Hilmore Road, with Frankie and Benny’s on your left and Morrisons supermarket on your right. Take the first left behind Frankie and Benny’s and look out for the path, which follows a single railway line with a green fence. It is well sign posted as a cycle way and is the continuation of the Lancashire Coastal Way.

We will now follow this path/cycleway for almost three miles into Lancaster. It is generally straight and easy to follow except for perhaps the beginning. The initial path follows the railway past the new Morecambe station and then under a road. Continue until you meet Schola Green Lane. At this point turn left and use the pedestrian crossing to cross over the single track railway. Continue straight on to the next road – Whinsfell Road. Cross the road and find the continuation of the path and cycleway just to the left. Once you are on this section it really is as simple as straight on for another 2.35 miles. Initially the path follows a SE direction and as it nears the River Lune it bends around into an easterly direction. At various points it crosses over and under several roads but please do continue straight on.

Eventually you pass a sports centre and fields on your right and then you come to a main road. But do not join the main road but continue along the path with the road above you on your left and with the river appearing on your right. Continue on to and under the railway bridge. Immediately afterwards turn left and find staircase that takes you up to the top of the bridge and then you can cross the River Lune via the pedestrian walkway by the side of the railway. It is signposted to St George’s Quay. On the other side descend to the road and then turn left/eastwards along St George’s Quay.

Pass the Lancaster Maritime Museum, which is housed in the magnificent old Port Custom House. This and the warehouses and other buildings date from the second half of the 18th Century when this would have been a bustling quayside, with ships loading and unloading their cargo from overseas.

Continue along past more old warehouses to a viewpoint across the Lune including the new Millennium Bridge. At this point look out for a footpath sign on the right hand side of the road where warehouse type buildings give way to a terrace of small cottages. Take the path up the hill to the back of Lancaster Priory Church. Then turn left, follow the side of the Church and down the steps on to St Mary’s Parade. Follow this road down and around on to Castle Hill and then to the front of the Castle, which is on your right. 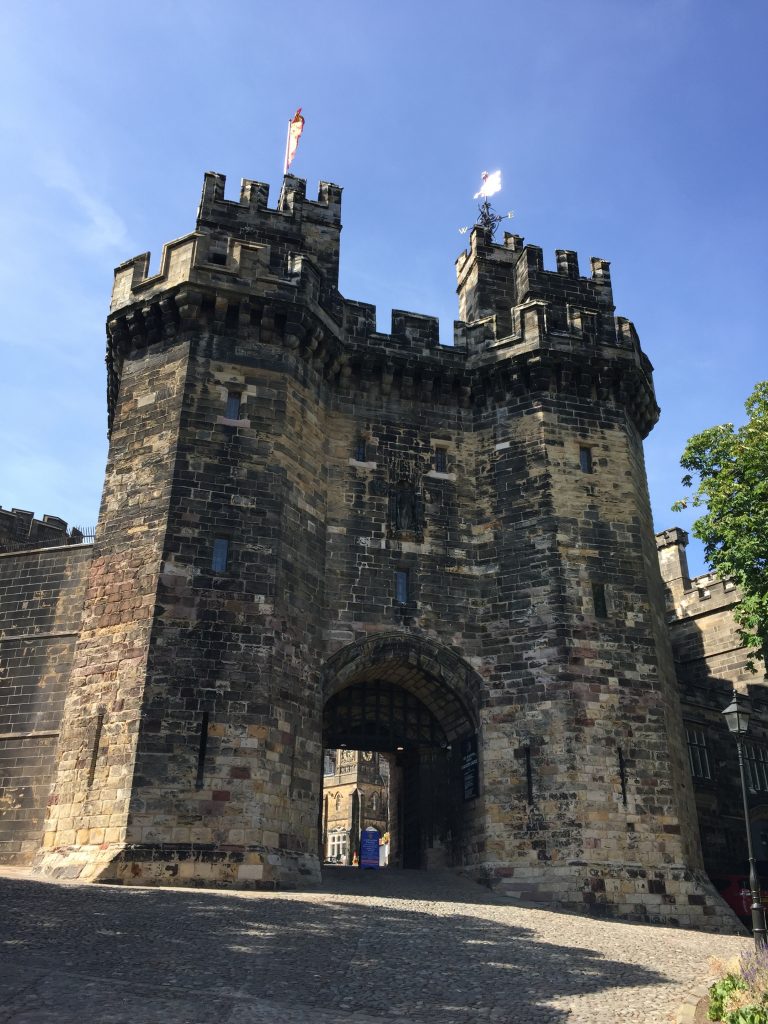 And so finally, not only does this Stage end here, but also it is the end of the third part of the Lancashire Way almost 300 miles later but just a few hundred meters from the Railway station, where the Northern Loop began. Unless you want to now walk the Eastern Loop!

Congratulations and I hope it has been an experience to remember with so many places of interest and beauty and it encourages you to go and explore those many places in Lancashire that we have not been able to visit.

There is much accommodation within Lancaster. The best that I could find on line within the city centre, although I have not stayed at any, are the Crows Hotel, The Toll House Inn, The Royal Hotel and Bar and finally The Borough. Sleep well!

This stage is not great but if you wanted to combine it into a better circular walk I suggest completing the stage and then picking up the Lune Valley Ramble in Lancaster and head north along the river to the famous Lune Aqueduct, which carries the canal over the river. Follow the canal to Hest Bank and then return to Morecambe via the Lancashire Coastal Way. Also consider incorporating the suggested walk around the centre of Lancaster – see Stage 29.