Having just finished all 396 miles of the Lancashire Way, I have asked myself, which are the best parts of the route?

Most walkers prefer walks with the biggest hills and therefore my first nine are those Stages which climb the highest. I think probably all would have made the my top ten but this would have left little room for the many other Stages, which have another quality and deserve special mention. 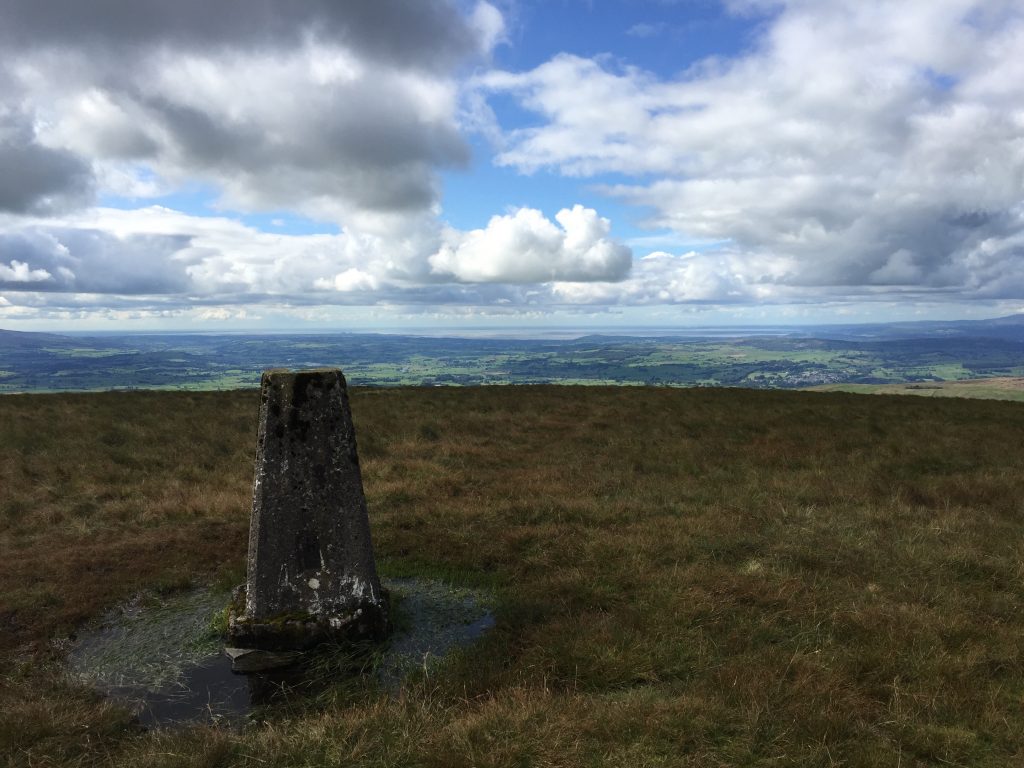 The summit of Gragareth, the highest in Lancashire, looking south west towards Morecambe Bay. 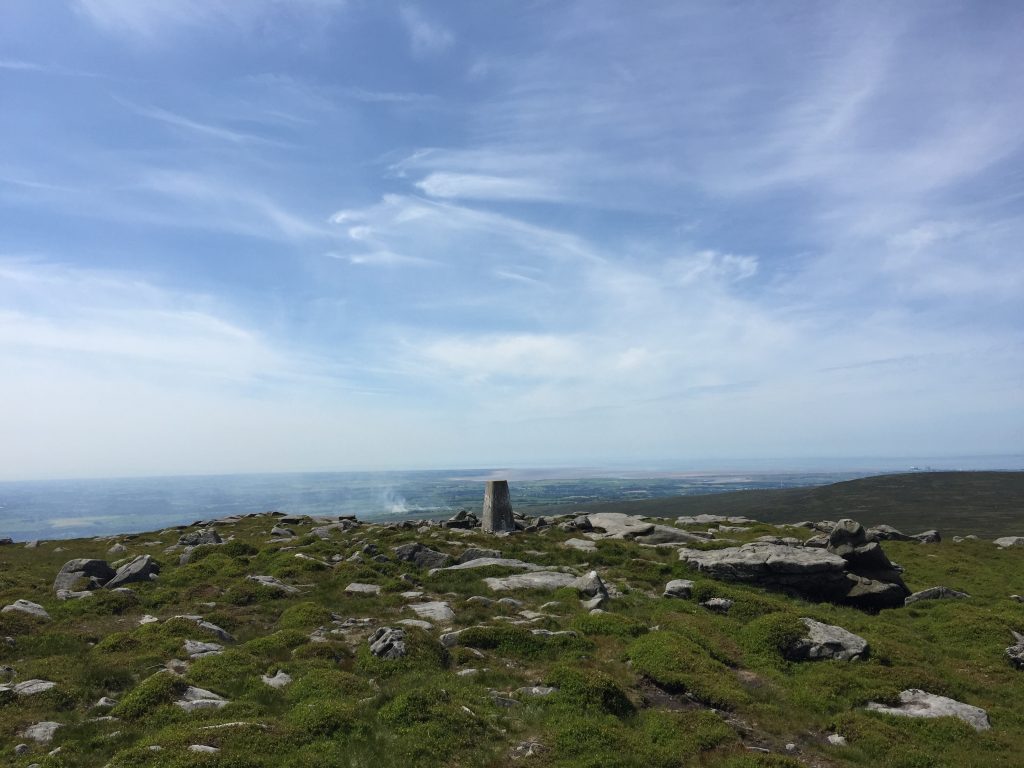 The view from Ward’s Stone towards the Fylde Peninsula 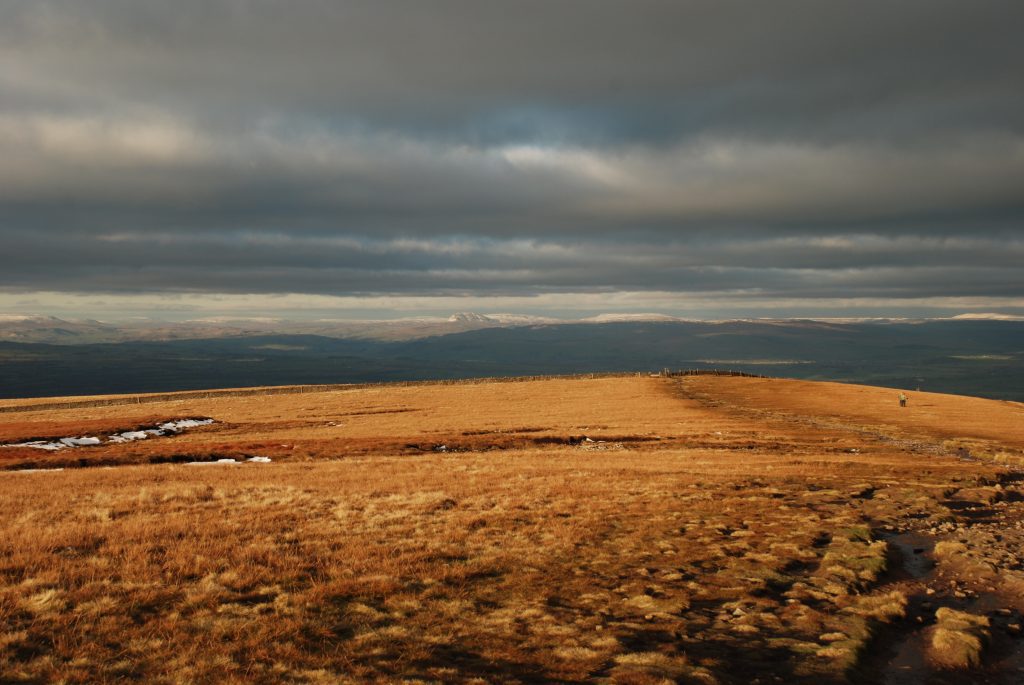 The summit of Pendle Hill – only in third place!

Having separated the big nine, I must say that it was not easy to choose a list that was originally limited to ten but I finally came up with those listed below, which has fifteen Stages. I could not decide upon ten!

Undoubtedly this is very much a personal view and includes predominantly those with the most beauty and the best views. There are so may that just missed out such as Stage 9 with its 23 locks along just three miles of canal as the Leeds Liverpool canal climbs out of the Douglas Valley from Wigan. Such history and industrial heritage and then to be followed by the beautiful parkland of the Haigh Hall Estate. Perhaps I should include it after all?

Not to mention Stage 7, which narrowly lost out to Stage 6, which includes the very first hills on the Southern Loop. Stage 7 climbs up to the Ashurst’s Beacon and then down to Gathurst via Roby Mill with great views south and east. Do try and combine the two Stages into one walk so that you can see both.

In one case there are two adjacent Stages. These are Stage 40, which is just 4.5 miles from Silverdale to Warton with its coastline and then the Crag with its Iron Age hill fort, and the end of the preceding Stage 39, which ends in Silverdale. So why not walk both? Probably one of the prettiest walks in Lancashire. No wonder this area is one of only two AONBs in Lancashire.

And then there is Stage 36, which follows the River Lune from Kirby Lonsdale.

I could go on!

And then there are the best places to visit. Again it was a difficult choice and I settled for a top ten which can be found below.